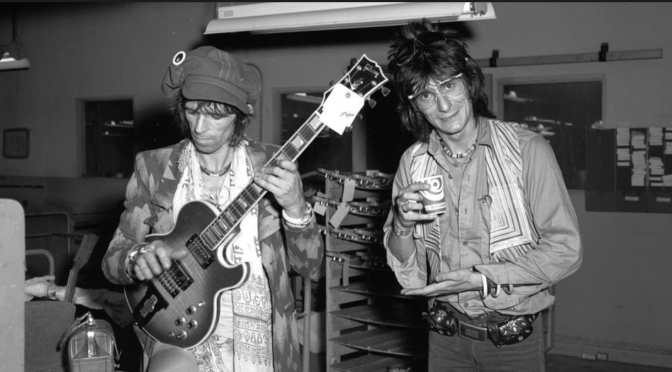 I was lucky enough to have spent some of my formative music years in Kalamazoo, Michigan. Not only was it a tour stop for national bands (Kalamazoo being exactly half-way between Chicago and Detroit), but it also had a banging local scene comprised of bands that I still count among my favorites. All of this was built on the foundation of a guitar company that stands as one of the pillars of American musical instruments: Gibson Guitars.

Founded in 1902 as “The Gibson Mandolin-Guitar Mfg. Co., Ltd.” in Kalamazoo to make mandolins and guitars, the main plant was at 225 Parsons St. when Gibson left for Nashville in 1984. Heritage Guitars moved in shortly thereafter and while they made fine guitars, the small company kinda let the building go to pot.

But now new owners Archie Leach and Jeff Nicholson, who bought Heritage Guitars in 2016, are bringing the old girl back to life. Local Spins reports that the company is investing in their history and…ahem…heritage with a $12 million renovation of the plant to “turn the factory into a destination for tourists and local residents, while keeping the legacy of Gibson and Heritage alive and well in Kalamazoo.”

And because this is Michigan, there are plans to include a beer garden and restaurant as part of the renovations, which are expected to be complete by the end of 2018 or in early 2019.

Dig this story of when Ronnie Wood and Keith Richards made a trip to Kalamazoo to pay their respects: The day The Rolling Stones visited Gibson Guitar in Kalamazoo

Jack French, an instrument repairman for 54 years with Gibson described Keef’s condition as, “He’d walk a few feet and then fall down.” A couple Gibson execs escorting the band would pick him up and then he’d fall down again. But Keef and Woody were also pretty interested in the guitar making process and chatted with guys on the shop floor.

Pictures and more details in the story, which is totally worth a read. I like to imagine them heading over to The Rex afterward to get a $2.99 breakfast of toast, coffee, hashbrowns and eggs (two included, but listed as one).

And my favorites from Leppotone Electrical Recordings, who aren’t really on streaming services and often have shots of my beloved Kalamazoo in their videos:

3 thoughts on “Old Gibson Plant in Kalamazoo Getting Facelift”