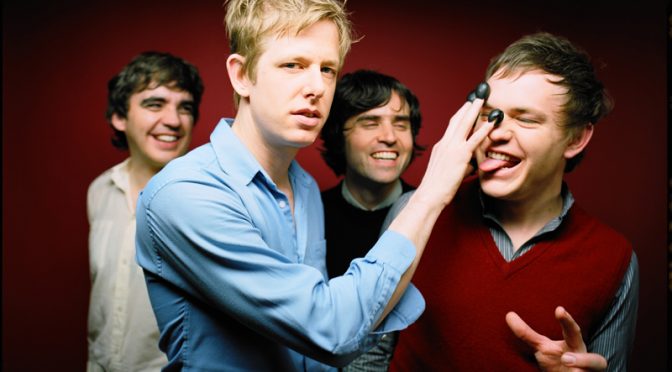 They say you shouldn’t trust anyone who doesn’t like puppies or babies. That’s kinda how I feel about anyone who doesn’t love Spoon. I mean…what’s not to love? Soulful vocals and witty lyrics; smart, economical instrumentation; beats and rhythms that make you DANCE; all peppered with hoots, hollers, grunts and groans that let you know rock music is supposed to be visceral.

Full transparency: Jake Brown was not always on the Spoon train and I can tell you that there were several whispered conspiratorial conversations around the office keg. We considered executing the 25th Amendment until he started to come around. I am pleased to say the state of the GLONO union is now strong. 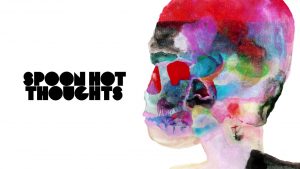 Hot Thoughts is Spoon’s ninth studio album and builds on the same blue print established way back on 2001’s Girls Can Tell. This is a band who is consistent, if not creatively challenging. Once they broke (albeit slightly) from the jagged corners of their first two albums, the mold was set and they’ve honed the product more than redesigned it. And I am totally down with that. It’s a wonder how consistent, and consistently good, Spoon is. Given how shitty things are elsewhere in this country it’s really nice to know we can count on a solid record from this band every 24 to 36 months.

One area of exploration I have enjoyed from these guys is their occasional dips into dance-y pop music. I think it started with 2005’s “I Turn My Camera On,” which is a staple of any indie kid’s dance mix. This year we have “Can I Sit Next To You” as an early contender for Summer Jam 2017. It’s the kinda song that will make middle-aged dudes pine for pool parties that don’t include swim diapers.

If you’re reading this then you probably already have the new album so I’m not going to sell it. But I’d love to open up a conversation in the comments about the elements of Spoon that make them our favorite band. Because there are common elements, some of which are noted above and some of which get turned into criticism for other bands. Why?

Spoon - Can I Sit Next To You

4 thoughts on “Spoon: The Band We Can All Count On”