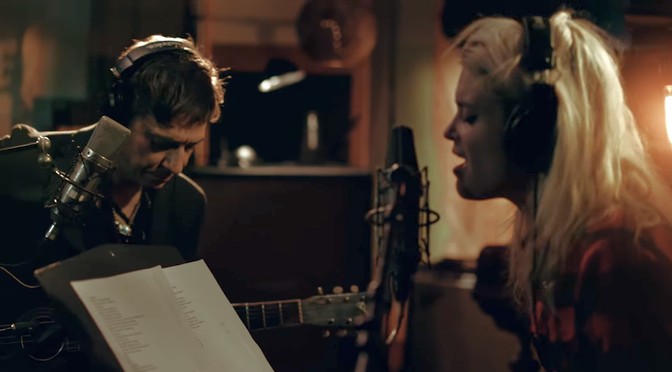 From the Echo Home – Non-Electric EP, out June 2 on Domino Records with a limited edition 10” vinyl release due August 18.

Remember downloading the Gourd’s version of “Gin and Juice” in the earliest days of filesharing? We all got a good chuckle out of that one. Jonathan Coulton made “Baby Got Back” sound like a John Denver outtake. But the worst of this genre is Dynamite Hack’s “Boyz In The Hood”. There’s always a sense of “ha ha ha aren’t we cute? aren’t we funny? get it? because we’re not gangster at all!” which ends up kind of gross. Or maybe I’m a humorless grump.

Acoustic covers of pop songs, on the other hand, can strip away the glossy production to reveal the solid bones of the songwriting underneath. I still like Travis’ earnest cover of “Baby One More Time” which made me realize how sad that song really is (“my loneliness is killing me”).

This Rihanna cover is somewhere in between. It’s not jokey at all, but it doesn’t really shed any additional light on the original. It sounds cool, and Alison Mosshart’s voice is smoky and menacing as ever. Which is good enough for an acoustic b-side.

Personally, I prefer this version:

2 thoughts on “The Kills cover Rihanna”