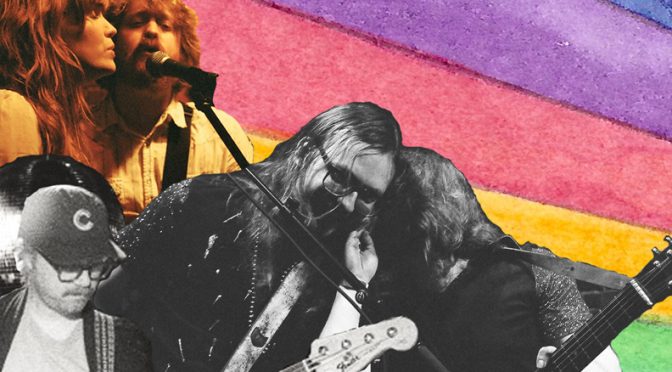 Every New Years Eve The Parson Red Heads cover a different album and invite friends to do the same, creating a night where everyone dresses up like someone else to listen to bands playing someone else’s songs. These kinds of tributes are very popular in Portland, which is odd given the huge amount of talent and original music coming out of this city. But I guess it’s also a fun way for some of these bands to wear their influences (or at least their interests) on their sleeves.

Those influences linger just below the surface in the band’s new single, “Coming Down” from their upcoming fourth studio album, Blurred Harmony. According to their press release, the new album is “the overdriven jangle of Teenage Fanclub and Big Star power-pop, the skewed psychedelics of the Paisley Underground, the bittersweet energy of New Zealand’s ‘Dunedin Sound’ movement, and the muted twang of Cosmic Americana, all crammed into 44 minutes.” All of which is true, but mixed up into a stew of its own.

Singer-songwriter Evan Way describes the track as “a song about anxiety, about how life and all it’s mania can start to make you feel like you’re losing it, and how in those moments the people that you love can sort of ground you and bring you back to reality and that sense of safety.”

Blurred Harmony is out on June 9 from Fluff & Gravy Records.

Video: The Parson Redheads – “To the Sky” (Live on OPB)

*This article has been edited to correct the title of their album and the night they host their covers show.