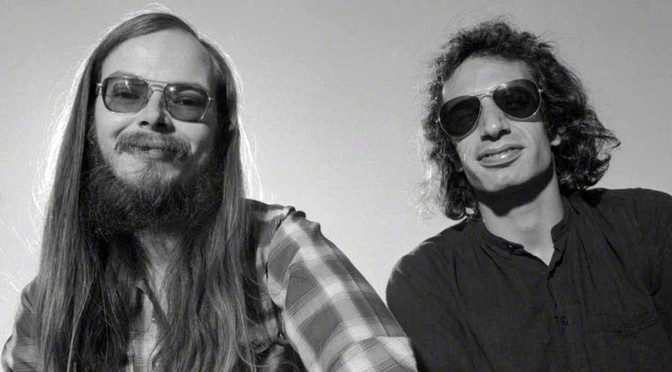 The issue, it seems, is the name “Steely Dan.” Or whatever that is.

The two had signed what is known as a “Buy/Sell Agreement” after the band formed in 1972, which essentially lets one member to buy the shares of the other, on behalf of “Steely Dan,” should there be a departure or death. The Becker estate wants Becker’s widow to have the shares.

It is worth taking a look back at the band, such as it was, as one could say that it has always been a duo with an array of supporting musicians.

In 1995 Alive in America was released. The next studio album was Two Against Nature, 2000, the same year another live album was released, Plush TV Jazz-Rock Party.

The final Steely Dan album was released in 2003, Everything Must Go.

According to steelydan.com, in 1973, “The band in various configurations tours the U.S. and Britain.”

Then there was something of a touring hiatus, it seems.

The site notes that in 1980 “Becker and Fagen go their separate ways.”

So the first tour had an assortment of musicians and seven years later, after that flurry of annual albums and then Gaucho, that was it.

Thirteen years later, “Fagen and Becker hit the road with The All New Steely Dan Orchestra ’93.”

Then, according to the site, “In 2011, Donald and Walter conduct some Shuffle Diplomacy with the ‘The Miles High Big Band’ and featuring ‘The Embassy Brats.’”

Think about this for a moment. The last Steely Dan album was in 2003. It has been five years since Fagen put out a solo album. Nine since Becker’s last solo outing.

But clearly, this has become a traveling show.

And arguably, going out as “Steely Dan” probably has more appeal than “Donald Fagen and the Nightflyers.”

Litigation notwithstanding, Steely Dan is, by definition, the band based on two men, Fagen and Becker. Without one, what’s left is something else, but not Steely Dan.

Fagen can go out as Steely Dan. And you can buy the Steely Dan T-shirt.

But it’s not Steely Dan.