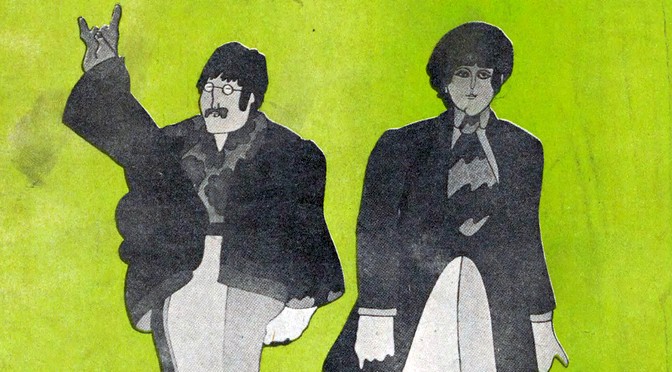 Features: “Beatles Battle the Blue Meanies” (a synopsis of the Yellow Submarine plot, no byline); “Clapton Busted!” (the March 20 arrest of Eric Clapton, Neil Young, Richie Furay, and Jim Messina on marijuana charges in Topanga Canyon, no byline); and a big article about the workers’ strike at radio stations KMPX and KPPC written by Jerrold Greenberg and a new guy named Ben Fong-Torres.

More: “Tragedy Comes to Frank Zappa: ‘They Called Us Entertainment'” by Sue Clark; a Blood, Sweat & Tears profile by Jann Wenner; a poem by M.G. Stephens (“softer the breasts small & touchable”); a piece about an impostor Moby Grape put together by a former manager (“A Tale of Two Grapes,” no byline); the second part of Wenner’s Mike Bloomfield interview; and a profile of Traffic by Al Kooper.

One of my favorite things about reading these old issues is when they get the facts wrong. The writers were probably misled by publicists or they misinterpreted something. For example, in the Yellow Submarine piece, the uncredited author claimed that the Beatles “have lent their own voices for the characters.” They didn’t. The article also claims that “You Know My Name, Look Up the Number” was one of the four new songs written for the film. That song wouldn’t be finished for another year. Regardless, it’s fun to imagine being a Beatle fan reading this and wondering about this unreleased song for two whole years before eventually hearing it on the b-side of “Let It Be.”

Columns: Jon Landau on The Notorious Byrd Brothers; Ralph Gleason gave some advice to bands on how to avoid getting ripped off by your manager and record label; Thomas Albright on the Beat Generation; Wenner used his “John J. Rock” gossip column to make bitchy comments about Cheetah magazine and the band Blue Cheer. 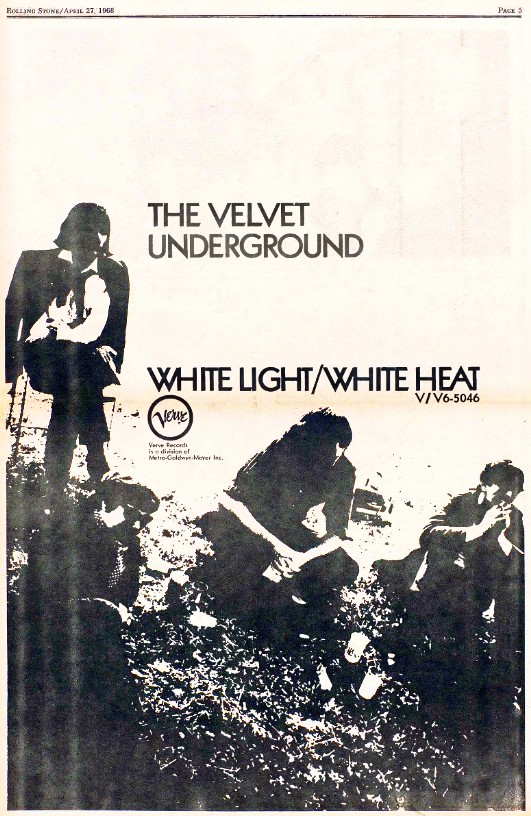 This is the first issue since #4 with no bylines on any of the reviewed records. This suggests they were all written by Jann Wenner himself. At this point he was still doing a lot of the writing in each issue. He’s not a super insightful writer (“This album is unique.”), but there’s no question that he has a point of view. And it’s still wild to look back and see how influential his vision was on the way we still think of this era. Wenner pretty much defined what we considered “important” music until fairly recently when some of this canonization has been questioned.

Subscription offer: New subscribers could get a free copy of Otis Redding’s The Dock of the Bay. This album was compiled by Jon Landau.