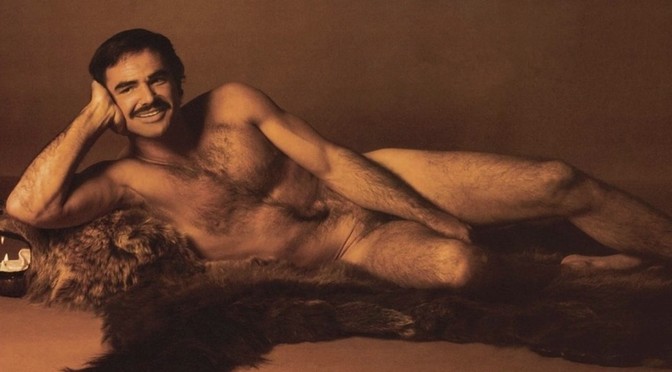 It’s hard to describe just how unstoppable Burt Reynolds was at his peak in the late 70s, but here’s a quick (if somewhat disconnected) example: I had a babysitter when I was in elementary school whose dad was a Burt Reynolds impersonator. And he was good. He was a dead ringer and he’d even borrow a black Trans Am from a friend’s car lot when he made appearances. And then he’d be mobbed at those appearances. Absolutely mobbed, even though everyone knew he wasn’t actually Burt Reynolds. He was close enough to get everyone in an absolute panic. That’s how long The Bandit’s shadow was; we could all shiver nervously in it as it was rebroadcast from a midwestern dad’s borrowed Pontiac.

Born in 1936, his breakout film role was as Lewis Medlock in Deliverance in 1972 and he played the leading role in The Longest Yard two years later, but let’s be honest: Burt Reynolds as we know him was born in 1977 with his role as Bo “Bandit” Darville. He had the exact mixture of goofiness and bravado to pull off the lead role in a ridiculous road film where he takes a bet of $80,000 to haul 400 cases of Coors beer from Texarkana, Texas back to Atlanta in 28 hours. Yes, that was the premise of one of the biggest movies of the 70s (Wikipedia says the film the film eventually grossed $126,737,428 in North America, making it the second-highest-grossing movie of 1977, right behind Star Wars). That’s how weird it was back then.

Reynolds proceeded to make a career of basically playing his own rogue-ishly charming self in a variety of films, including Sharkey’s Machine, Six Pack, Stroker Ace and maybe the most ridiculous film I’ve ever seen, Cannonball Run. Seriously, if you haven’t watched that film lately do yourself a favor and catch one of the viewings that are sure to make up cable TV’s programming this weekend. It is insane.

While Reynolds continued to work pretty regularly throughout the 80s and 90s, it was his role as Jack Horner in Boogie Nights that reminded us again how awesome he was and how integral he was to Hollywood in the 70s. It’s particularly fitting that it appears his final role will be as George Spahn, the rancher who owned the property where the Manson Family was arrested in 1969, thus marking the end of the 60s and the dawn of the era of Burt.

Ten-four, good buddy. Keep your shiny side up and we’ll see you at the next Cannonball Run.