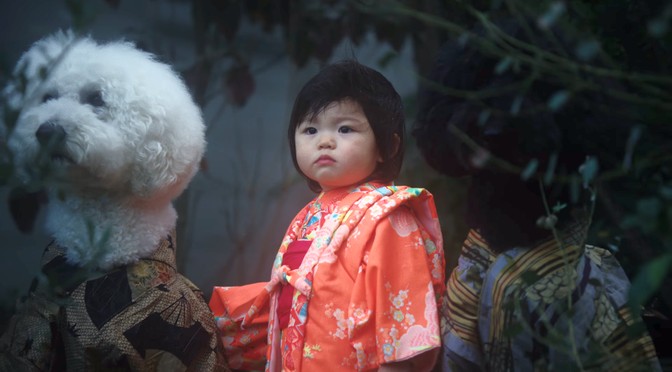 From Colors, out now on Capitol.

I miss Cute Overload. Back after George W. Bush was re-elected I went into a deep funk and could no longer bring myself to look at the news. I was so disappointed in my fellow Americans for failing to see how inept and corrupt the Bush administration was. I turned to fuzzy little hamsters and ducklings and kittens to make me feel less hateful.

This might seem histrionic in light of our current political dumpster fire, but let’s not forget that Cheney, Rumsfeld, Ashcroft, et al were evil motherfuckers and just because Dubya generally followed the norms of American democracy doesn’t make him any less of an incompetent ignoramus. In retrospect he seems like a nice fella, but he was an awful, awful president.

Beck knows what I’m talking about.

Mame, Riku, Gaku and Qoo are Instagram celebrities and they’re exactly what we need right now.

Set in the otherworldly hills of Yamagata, Japan, the video for “Fix Me” is a tender look into the world of Mame and her canine guardians, featuring scenes that oscillate from highly stylized and costumed tableaus to carefree games of frisbee and feasting on birthday cake.

Director Brook Linder commented on the unique experience of making the video: “There’s something really special happening in the mountains of Yamagata, and we were lucky enough to enter Mame’s world for two afternoons in November. That home is heaven on Earth. One of the dogs, Qoo, and I had a special connection — I think he’s my great-grandfather reincarnated… or something. He looked into my soul.”

Beck told The Sun that “Fix Me” is “about longing and wanting to be able to be yourself.” Sure okay, but sometimes I think I’d rather be Riku, Gaku or Qoo.