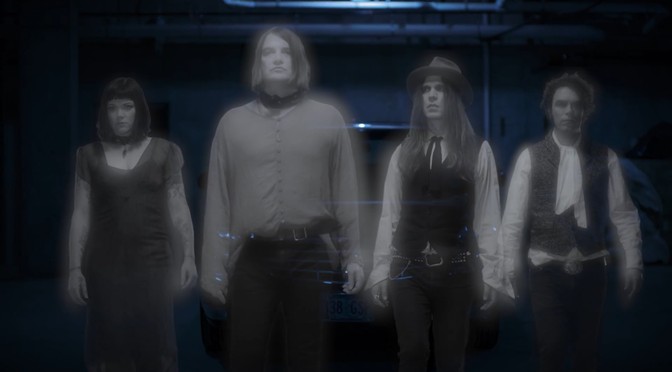 Directed by Jacob Pander. Single available now. From Dine Alone, due in 2019 on Dine Alone.

The Dandy Warhols play a group of spooky apparitions who sign away their souls to a corporate conglomerate. It’s not abundantly clear why these rich, young executives would offer a contract to a bunch of haggard old ghosts, but that’s show biz I guess.

Maybe it’s a play on the fact that the Dandies will be celebrating their twenty-fifth anniversary as a band with a tour of Europe next year. #old!

Seems like only yesterday I saw the video for “Boys Better” on 120 Minutes. In retrospect, that video sums up everything fun about the 90s, a time when major labels were willing to invest in nurturing creative talent and when smart, cool girls enjoyed playing the tambourine topless.