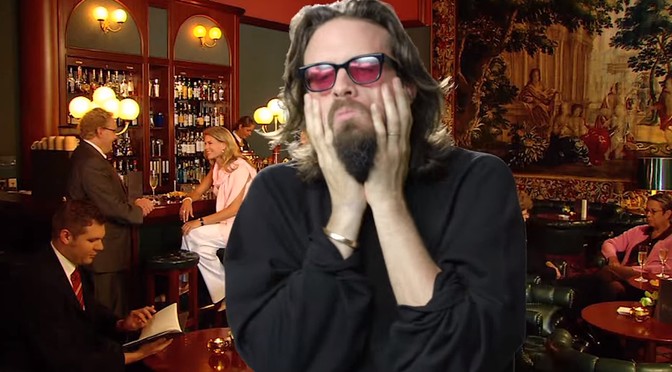 Sub Pop did not respond to our inquiry about whether this was a standalone single, or if it is a preview of the fourth FJM album. So who knows? Not sure anybody even cares about albums anymore. Regardless: new Father John Misty.

Mr. Tillman, good to see you again
There’s a few outstanding charges just before we check you in
Let’s see here, you left your passport in the mini fridge
And a message with the desk says here the picture isn’t his
And oh just a reminder about our policy
Don’t leave your mattress in the rain if you sleep on the balcony

I’m happy to see he’s being funny again. I prefer these kinds of themes over his “the world is stupid and I need to overcompensate for my lack of education” songs. Degenerate wastoids are far more entertaining than self-righteous street preachers.

Ordinarily, we haven’t been posting audio-only streams, and we probably wouldn’t have posted this one except that the final minute of this video features some hilarious green screen footage of Tillman bumbling around some stock photo stills. And if that isn’t enough for you he’s provided the uncut silent footage for you to remix your own video. Which several people already have…to varying degrees of imagination and artfulness. 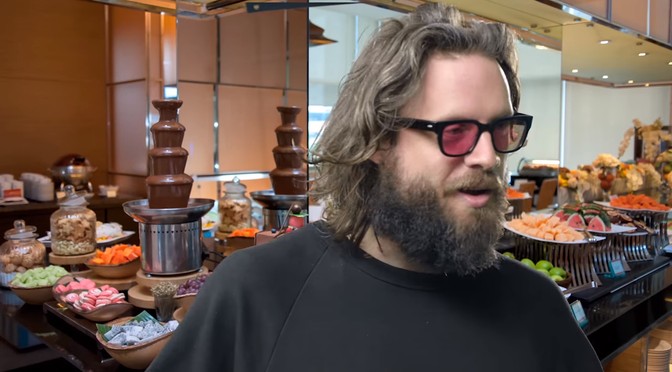 By rainforests. Presented in Glorious 4-Dimensional MistyVision™ with bonus emoji lyrics in the subtitles / cc.

By cougarsteel. Father John Misty wanders around backstage at a Kiss Show.