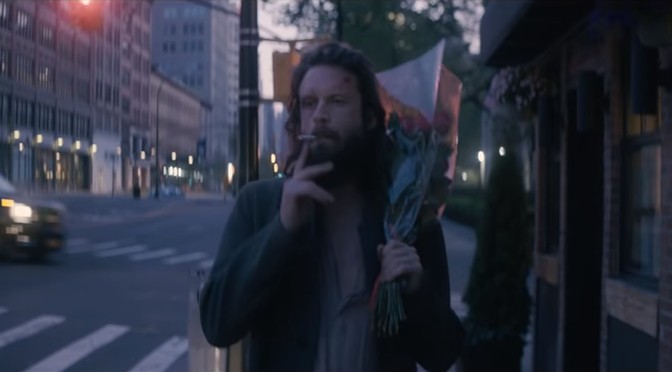 Directed by Emma Tillman. From God’s Favorite Customer, out now on Sub Pop.

Another bummer from Papa John Misery.

Once again, Tillman’s voice sounds great and the song is pretty but the lyrics are lamenting a period when he was “all bug-eyed and babbling” and separated from the woman he loves. Or, as it’s stated in the press release, “being caught between the vertigo of heartbreak and the manic throes of freedom.”

Of course, he’s reflecting on that experience with disgust. Which is not fun. Why does Tillman fear fun now? He might as well drop the “Misty” persona and resume recording as “J. Tillman” if he’s going to be this humorless and self-lacerating…

Maybe it’s time for a change. Maybe the “Misty” thing has peaked anyway. Look at his first-week sales history:

Maybe he’s overdue to gobble up some mushrooms, climb a tree, and contemplate the absurdity of his life again. It worked last time. Stop being so serious. Time to drown old Neil down on the beach one more time.