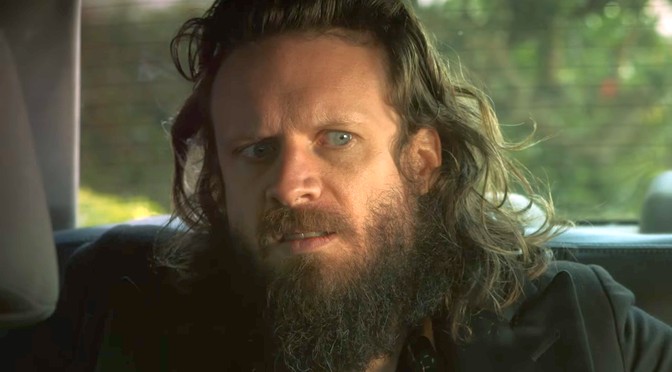 Apparently Josh Tillman was not satisfied with the fan-made videos for this song created after he posted the audio with some silly green screen footage. Now he’s gone and made a professional new video with special effects and everything! It’s appropriately ominous to match the disoriented tone of the song.

He’s also announced that “Mr. Tillman” is indeed from his fourth album, God’s Favorite Customer, due on June 1. Unlike with his previous records, there’s no rambling self-penned press release this time, just a standard one. It was produced by Tillman and recorded with Jonathan Rado, Dave Cerminara, and Trevor Spencer and was “written largely in New York between Summer 2016 and Winter 2017.” This is the first FJM LP that Jonathan Wilson did not produce. From the three songs released so far, there doesn’t seem to be too much of a sonic disparity from his prior work. Hear for yourself, below…

1. Hangout at the Gallows
2. Mr. Tillman
3. Just Dumb Enough to Try
4. Date Night
5. Please Don’t Die
6. The Palace
7. Disappointing Diamonds Are the Rarest of Them All
8. God’s Favorite Customer
9. The Songwriter
10. We’re Only People (And Thre’s Not Much Anyone Can Do About That)

Audio: Father John Misty – “Disappointing Diamonds Are the Rarest of Them All”