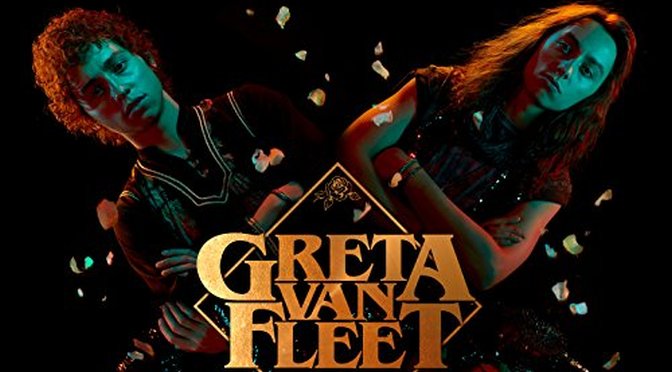 From the “When the Curtain Falls” single, out now on Republic Records.

Because I am a master of the new media, I also run a blog that’s focused on the cross sections of digital and culture. My partner Tom and I use it as a platform to highlight how digital media influences our real lives and how the platforms are often just an extension of who we are in the flesh. The best examples show how there are layers of meaning that go back and forth. Those things are Metastential. We host the blog, a twitter feed and even a sleeping podcast and I could have just as easily written about this video there as here.

We’ve kept an eye on the boys from Frankenmuth since their first single. They sometimes get bashed for wearing their influences a little too prominently on their frilly sleeves, but come on…who is gonna argue with some kids getting into Led Zeppelin?

Well they’ve gone all in now with the riffs and the screams and even the pants. But they’re not totally retro. Bucking the purists who mock their parents for uploading videos “wrong” and recognizing the importance portrait-oriented platforms like Instagram, Greta Van Fleet has posted their latest video the way your mom posts videos of fireworks. The boys are out there in the desert looking like the sequel to Almost Famous, fresh faced and manic in 12-megapixel glory fed through an 8mm film filter. When my eleven year old looked over my shoulder to see what I was watching he shrugged and said, “What year is that?” Mission accomplished, gang.

Update: They finally released a real video for the song.

Directed by Benjamin Kutsko. From the “When the Curtain Falls” single, out now on Republic Records.