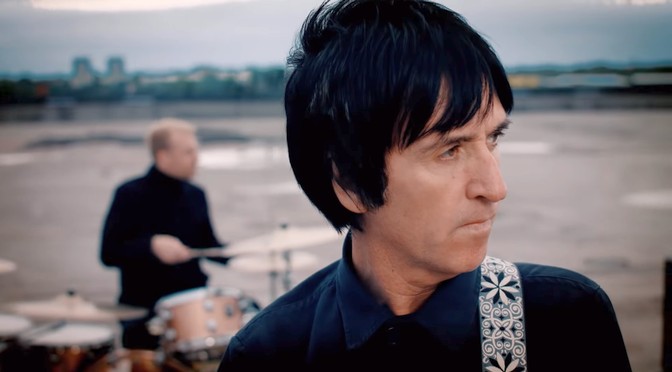 Directed by Mat Bancroft and Johnny Marr. Single is out now on New Voodoo with new b-side “Spectral Eyes.”

Brian: I’m not the Messiah!

Arthur: I say you are, Lord, and I should know, I’ve followed a few!

Woman: Only the true Messiah denies his divinity!

Brian: What?! Well, what sort of chance does that give me?! All right, I am the Messiah!

Crowd: He is! He is the Messiah!

Arthur: How shall we fuck off, oh Lord?

--Monty Python’s The Life of Brian

That was basically Johnny Marr in the 80s. As one of the two leaders of a band so proudly anti-hero, it’s interesting (and even a bit fun) to see Marr step out, and into the role of front man in his solo years. Clearly healthy living does him well as he looks like he was frozen in time in 1996, and this song sounds like it was too. It’s a catchy little piece of Britpop with an appropriately vanity video to accompany it.

Jake has said that Johnny Marr needs a foil to really tap into his brilliance, and that’s probably true. So while you may not find anything revelatory in this new single, it is a nice little jam and maybe a slight reminder of a time before Brexit when England was proud, but not belligerent. Maybe Johnny Marr just needs a new messiah? Maybe we all do?