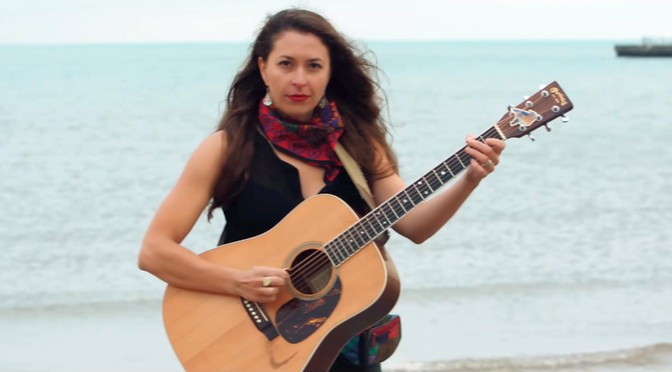 Lindsay Lou Rilko and her band the Flatbellys started in Michigan playing traditional bluegrass. They’ve relocated to Nashville and expanded their sound, but they called their previous album Ionia (as in the Michigan town) and they still come up north to make their videos.

Rilko talked to The Root about filming the video around Navy Pier in Chicago: “We walked out on the sandy trails to the water’s edge, and they placed us in a large circle on the beach. One of the camera crew members ran around the circle just behind the frame of the main camera, which was at the center of the circle, so we could hear the album track and play along with it.”

The great thing about bluegrass musicians — especially when they’re not playing bluegrass — is that they’re really good. Tight harmonies, interesting solos, intricate instrumental interplay. “Satellite” has all that and more.

Lindsay Lou - Shining In The Distance