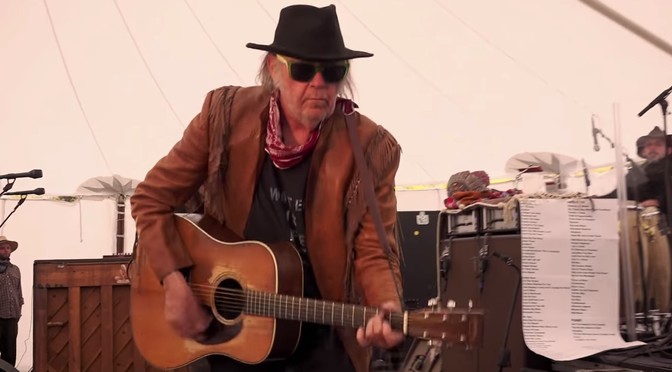 Directed by Daryl Hannah. From the Paradox soundtrack, out now on Reprise.

This is a new version of one of the best songs Neil has written this decade. “Peace Trail” was the title track of his 2016 album recorded with session musicians Jim Keltner and Paul Bushnell. This new version is with his band Promise Of The Real and is featured on the soundtrack of Daryl Hannah’s film, Paradox (available on Netflix).

I have to take good care
When something new is growing

Can’t really tell from this video what the movie’s about but Netflix says, “Neil Young and his band of outlaws sow seeds of strange mischief and musical wonder under Western skies in this dreamlike film by Daryl Hannah.” Looks like it might be a sequel to Grizzly Adams. I think I spotted Ben but where’s old Number Seven?