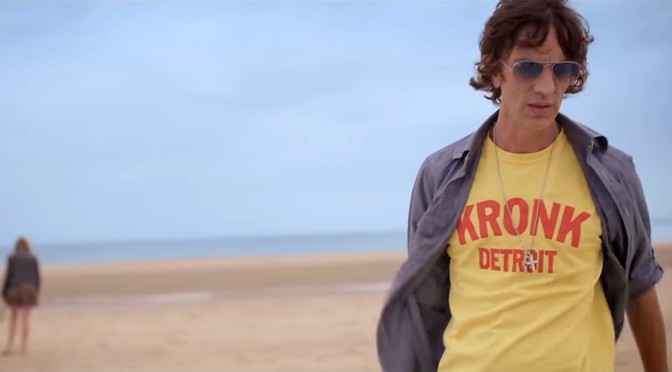 Directed by Richard Ashcroft. From Natural Rebel, due October 19.

Love is a hell of a thing. It can make fools of us all, even the absolute coolest mother fuckers. And let’s be clear, Richard Ashcroft is cool. He’s so cool that Oasis wants to be him. He’s so cool that he told them that he was probably the only solo act big enough to open for them, and he wasn’t wrong. And they knew it.

So it’s a bit jarring to see Richard Ashcroft playing a bit of the fool for love. But maybe that’s where my own insecurities come in, because we can sometimes mistake aloofness for cool. Or at least I can. Here we have the man who wrote “This Is Music,” one of the all-time greatest riff songs and one that contains the line, “If love is a drug then I don’t need it.” And yet, clearly he does. And he’s high as fuck.

I might miss the bombast and pure muscle of some of his work with The Verve, but I can’t deny this is a great little love song. It’s bouncy and fun and maybe a little goofy, just like a love song should be. And he saves himself with that dope KRONK – Detroit t-shirt.