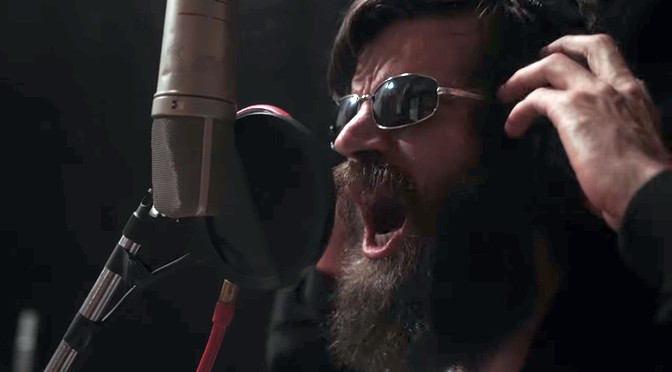 There’s a thin line between pretense and ambition and anybody shooting for the latter risks ending up with the former instead. I mean, how many 10-minute epics can one band record?

Then again, no score and seven years ago Titus Andronicus proved with “A More Perfect Union” that overambition can yield damn fine results. And here they are, at it again, with another big statement. This time, instead of referencing the Civil War, Billy Bragg, and Bruce Springsteen, our bearded hero Patrick Stickles tackles the inward struggle of coping with life in the age of our orange fuhrer.

I know, that doesn’t sound very enticing. But neither did the idea of a concept album about Abraham Lincoln and escaping New Jersey and…girls and stuff, but The Monitor was pretty fucking awesome.

Stickles is like a rock and roll combination of Walt Whitman with Rakim. Look at this verse and then think back to that “Rapping, deconstructed” video everybody was passing around a couple years ago:

The villains have taken their vengeance
I regret to say they’ve collected the evidence
Repent and pretend every entrance is open to tenants with references
Declare myself president of the emptiness, say I’m Rembrandt of dancing on the precipice
Eleven years in and trying to stay relevant
But based on what’s left of the remnants of my intestines
I would guess I’ve ingested the medicine

Those are some dense-ass lyrics for indie rock! Might not be your cup of tea, but you gotta respect it.