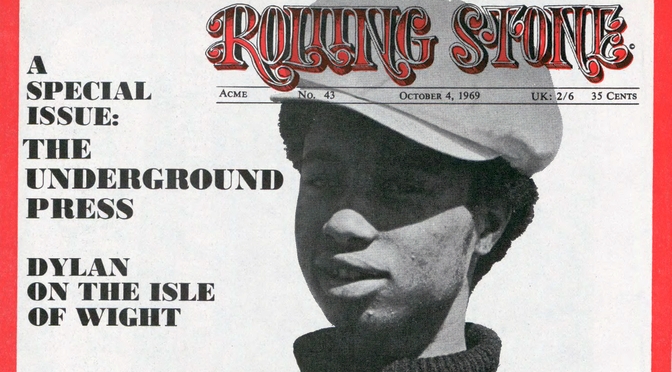 Weird issue. No reviews, no regular columns, no silly poetry. The whole issue is basically devoted to John Burks’ giant 30,000-word feature on the underground press.

Features: “The Underground Press” by John Burks; “The Radical Media Conference in Ann Arbor” by Don Demaio; “Great to be here, Great to be here, It sure is [Bob Dylan at the Isle of Wight Festival]” by Marty Grayson.