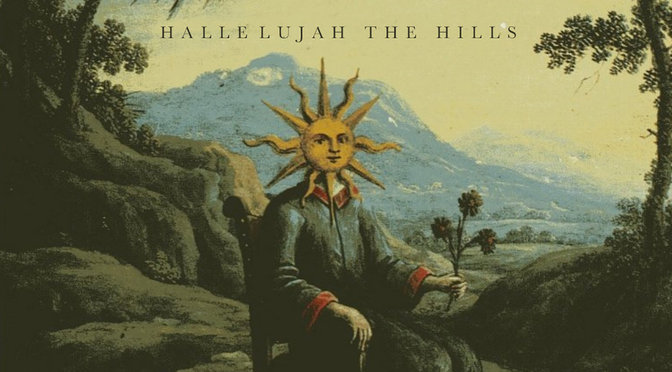 Hallelujah the Hills – I’m You, out November 15.

It’s inappropriate for critics to project their own shit onto a work of art. But for music fans? That’s what we do. It’s how an album can become so entangled with a specific time in your life. Certain songs get scratched into our souls, you know.

Ryan Walsh gets this. From the opening lines of the new album by Boston’s Hallelujah the Hills, Walsh acknowledges his willingness to conflate the relationship between performer and audience: “Hello, I am the person singing this song / And if you think that might be you, well I guess you might not be wrong.” This theme is even more explicit in the title track: “I’m you / Don’t freak out / I’m you.”

That warning is not unwarranted. It can be really easy to let yourself slide into a wormhole of reading too much into something and convincing yourself that someone is singing directly to you. Do you remember the scene in Imagine where John Lennon talks to the homeless dude who is freaking out and believes that the songs were written about him? “It all fits,” the guy insists. John shoots down his theory but invites him in for tea. Don’t freak out.

That’s the key, right? We’re all interconnected but the question is, “How do you keep those banjo-murder-love songs from becoming your fate?” The overlap between the music you love and your own persona is slippery and can be scary. “We know the dangers of one person using another person as a muse,” Walsh sings. The danger is that you might no longer be able to “be sure that you’re you, I’m me, and not the other way around.”

If that sounds heavy, you’re right. It is. This is a serious album that offers a lot to think about. That’s not to suggest it’s a slog to listen to. It’s certainly not. In fact, there are quite a few lines that are laugh-out-loud funny. My favorite is: “I was first in line at the solipsistic sad guy seminar / But inside it just turned out to be another bar.” Another one that cracks me up is: “Sometimes I did drugs I found on the floor / Kept the search on point evermore.”

“Born To Blow It” employs a bunch of dad jokes (“You might think I was an astronaut the way I’ve been acting so spacey”) to address the role of privilege in self-sabotage: “I wasn’t born to blow it / I’m just my own great destroyer.”

But there are so many lines on this album that hit so close to home, it’s hard not to freak out. “I’m alone / And I can’t stop looking at my phone.” “Prepared pianos and tape loops and the rarest of b-sides have absolutely ruined my life.” “I’m fine / But I’m not okay.”

Sometimes it feels like the entire goddamn country is in the middle of an existential crisis and this is as good a soundtrack to this era as any.

Many of these songs are a mystery, refusing to be solved, like the best ballads on the Harry Smith’s American Anthology of Folk Music, which is referenced here at least a couple of times (“It’s something to behold / But it’s out of reach”). I get the same feeling as when I first got into “Visions of Johanna,” where you listen over and over, thinking you’re figuring out what’s going on, feeling like it’s almost within your grasp, and then it slips away. And that’s what keeps you coming back again. I’ve listened closely to this album at least twenty times, but I’m no closer to resolving its mysteries. There’s definitely an answer, but it’s not literal, and I may never be able to articulate it.

Walsh sings in an inviting, conversational voice that falls somewhere between Lou Barlow and Stephen Malkmus and occasionally, as on “Running Hot with Fate,” he even sounds a little like his Boston homeboy Peter Wolf. The band, accentuated with occasional horns and fiddles and a musical saw, is tight but willing to get shambolic when the emotion of the song calls for it.

Only two of the album’s ten songs are under five minutes long and five of the songs are over six minutes. “I’ve Been Through Hell” even comments on it, self-aware without being ironic or snarky. Walsh claims he was going to start “a song that never ends” (which may or may not be a metaphor for suicide) until he finds a note reminding him to “come back from hell and don’t forget to end the song.” At this point the song goes into a psychedelic guitar freakout, only to come back to the refrain: “I’ve been through hell / But now I’m back from hell / Hi. Hello. How are you?”

I’m fine, I guess. Thanks for asking. But I’m not okay. It’s been a rough couple of years. Everybody I know seems like they’re barely holding it together. We’re all going through hell. Is that what life is? A trip through hell? I guess I’m happy to hear it’s possible to come back.

At least it’s possible for most of us. Not everybody is so lucky. The album ends with “The Memory Tree” and it’s a eulogy for those who didn’t make it. “This all happens outside the space continuum / You’re alive in Phoenix wondering what we did to ’em / You hear what happened to me? / I was pronounced lost at sea / But in truth I’m just hiding out / Won’t you come look for me?”

This is Hallelujah the Hills’ seventh album. They had a couple releases on Misra, which garnered a bunch of indie rock praise. They toured and collaborated with the Silver Jews. But they “haven’t taken an advance from a record label since 2009.” Since then they recorded The Monitor and toured with Titus Andronicus and self-released four additional full-lengths. Walsh wrote a widely celebrated nonfiction book called Astral Weeks: A Secret History of 1968. And John Payne, who played on the Van Morrison album the book is named for, contributes flute and soprano sax to “It Still Floors Me.”

If there was any fairness and beauty in the world, I’m You would launch this band to another level. This is cover-of-Time-Magazine, saviors-of-rock-and-roll quality material.

It’s an almost comical act of self-sabotage that it’s coming out in the middle of November, because it will probably miss out on most publications’ “end of the year” lists even though it totally deserves to be there. November of the final year of the decade, and we’ve already seen a bunch of “best of the ’10s” lists. But for me I’m You is without question the best album of the year, and I’ll be damned if it’s not close to the top of my best of the decade.

Audio: Hallelujah the Hills – “It Still Floors Me”