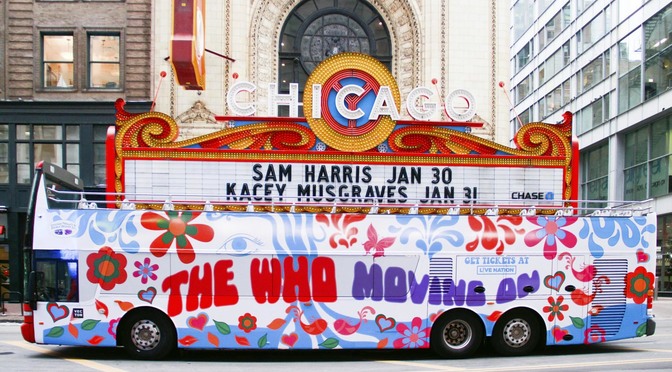 Many years ago, when I was perhaps 5 years old, my dad was driving my brother and me somewhere in downtown Detroit, which, in retrospect, I realize was somewhere near Woodward Avenue and Campus Martius, where there is planned slowing due to a circular pattern to streets in that area (an interesting fun fact about the street layout in downtown Detroit, it was designed by Augustus B. Woodward, who used Pierre Charles L’Enfant’s model for Washington DC, meaning that this is not a grid pattern, as is the case in cities like New York and Chicago).

I looked out the window of the Pontiac Catalina and saw something that I will not forget: There was a black horse pulling a black wagon being driven by a man dressed all in black, including a black stovepipe hat. The wagon was carrying a black. . .casket.

This, I was to learn, was a stunt for a movie that was being shown at the Fox Theatre, The Premature Burial, which was based on a story by Edgar Allen Poe.

Appropriate. Memorable. And the sort of thing that isn’t executed much or as well today.

Which brings us back to The Who. Or, as previously indicated, the brand known as “The Who.”

In support of the Moving On! Tour there are three buses—the sorts of things that are the jump-on, jump-off tourist variety—that are painted with a scheme that resembles the bus on the cover of the 1968 album Magic Bus—The Who On Tour that are rolling in Chicago, New York and LA for the next couple weeks. 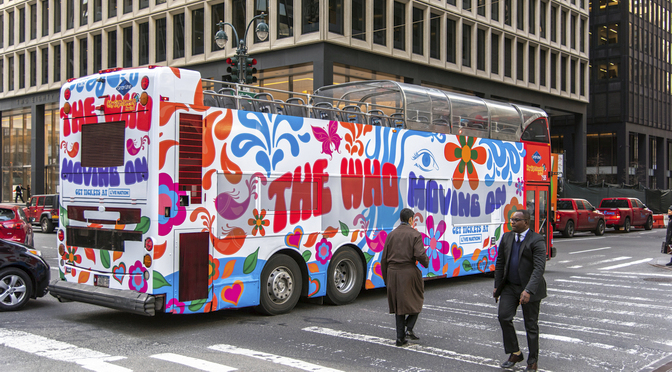 The scheme here is for people to post pictures on Instagram or Twitter using the specified hashtag and by following LiveNation (the tour promoter) in hopes of winning two “premium tickets.” It is not clear what level tickets are going to be distributed.

This got me to thinking about the album Magic Bus—The Who On Tour.

As explained in the previous post on the subject of The Who, there is a bit of probable misdirection involved in the benefits of the special ticketing packages on offer. Chances are those buying the deluxe packages are not going to be sitting down with Pete and Roger for a bit of pre-show chin-wagging.

Those of you who are not familiar with Magic Bus—The Who On Tour might assume that it is probably like the album that came out two years later, Live at Leeds, quite possibly to live albums what Quadrophenia is to studio executions.

And given the title of the album, that assumption would be warranted.

But it is not a live album. It is an American compilation of studio recordings, including B-sides from singles.

(While I am guessing that most people who read GloNo are familiar with the various types of recorded formats through the years, for those of you who aren’t, singles were records that played at 45 rpm (unlike vinyl albums, which were 33 rpm), and the A-side was the “hit” and the B-side was something that was rarely listened to: it was just something to have back there.)

Seems like a bit of marketing prestidigitation has long been an approach of the band. 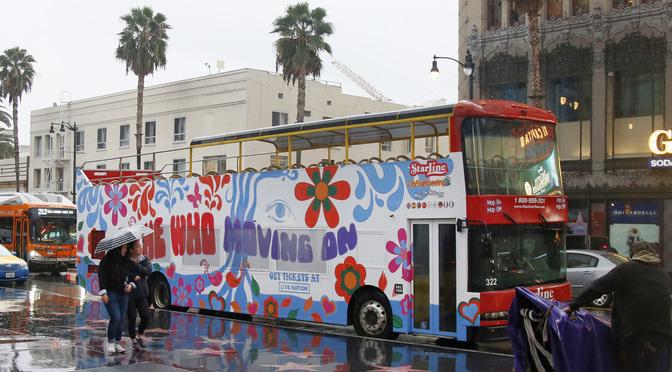