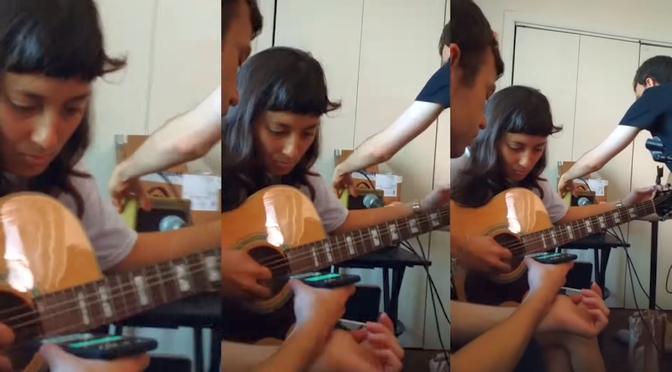 From Future Me Hates Me, out now on Carpark.

This is not a cover of the 1983 Billy Joel classic off An Innocent Man, but that’s okay. The Beths have released almost as many singles from their album Future Me Hates Me as old BJ released from his. And while the Beths haven’t managed to dent the mainstream pop charts yet, it would be hard to argue that it’s any fault of their songcraft.

Elizabeth Stokes told Under the Radar that “Uptown Girl” is “basically about self-destructive behavior, when you’re angry at someone or you feel like somebody’s wronged you and your mode of revenge is to fuck yourself up. It’s very flawed logic but it seems to make sense at the time. It’s kinda that, it’s what that song is about. At the time all of my friend’s were going through weird shit so it was also building on their experiences as well.”

If there was justice in the world, Stokes would already be getting tired of her high class toys and all her presents from her uptown boys.