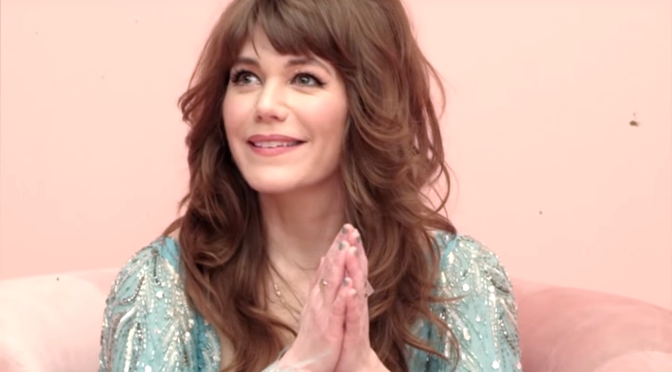 If you missed Jenny Lewis’s bonkers 3-hour livestreamed listening party/charity fundraiser, this new video showcases some highlights from it including appearances from Beck, St. Vincent, King Tuff, and a bunch of other famous people.

The band on the song isn’t chopped liver either with Benmont Tench, Don Was, Jim Keltner, and Ringo freaking Starr! Lewis clearly has an impressive Rolodex. Everybody wants to ride with her. Peace and love, peace and love.

When the single was released, newsletterist Griefbacon wrote an insightful essay about the song, the album cover, and the archetype of the Sad Hot Girl:

Hennessy is the Vegas showgirl’s dress of liquor and Red Bull is a college student’s idea of a good time; Lewis may have gotten older, but she hasn’t matured out of either heartbreak or longing. There’s still a party because there’s still pain. We can’t solve the things that haunt us, we can just learn to make bops out of them.

The whole thing is well worth reading. And On the Line is an excellent album.