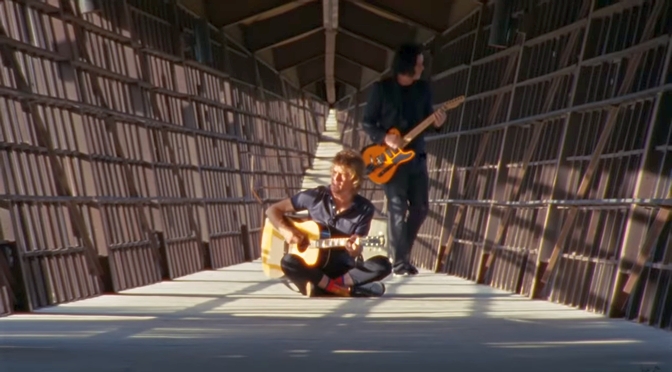 Video: The Raconteurs – “Somedays (I Don’t Feel Like Trying)”

Directed by Ben Chappell. From Help Us Stranger, out now on Third Man.

Brendan Benson writes his own “Tuesday’s Gone” while he and his fellow Raconteurs visit the House On The Rock in Spring Green, Wisconsin, which looks a lot cooler than Uranus, Missouri. Last spring we took a family road trip on what’s left of Route 66 from Chicago to the Grand Canyon and I had purchased a little guidebook to make sure we didn’t miss out on any of the cool stuff along the way. One of the spots was a place called Uranus, which had a fudge shop, and since one of my travel companions was a 12 year old boy, I figured we had to stop at least to get a “I love Uranus” t-shirt. They claimed, after all, that the best fudge comes from Uranus.

As soon as we got out of the car we were hit by a dank cloud of cigarette smoke. It was so disappointing. I went in thinking that there had been a town in Missouri that was called Uranus and some hilarious person decided to open a fudge shop there. Nope. There is no town named Uranus. The closest town is St. Robert. It’s just a tourist attraction that a former strip club operator started in 2002. That’s way less funny than doing it in a historical place with an unfortunate name. And it certainly doesn’t belong in a “things to do along Route 66” book. It was just gross. The idea that somebody developed a whole fake town just so his employees would have to greet their customers with “Thanks for picking Uranus!” is a little creepy.

I enjoy scatological humor as much as the next guy, even if the next guy is 12, but Uranus is a poorly executed shithole. Maybe that’s part of the joke. If so, that’s some next level meta action.

The House On The Rock, on the other hand, looks amazing.