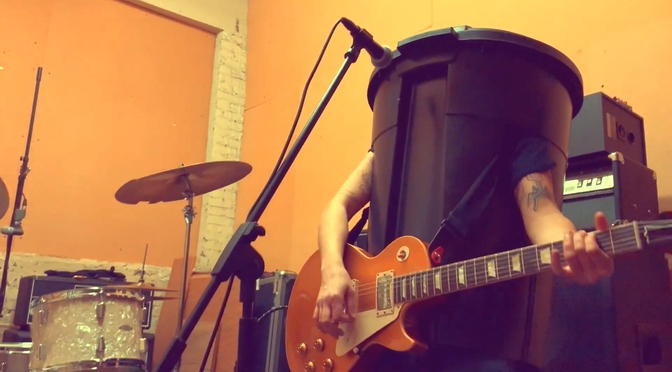 From Red Scare Industries: 15 Years of Tears and Beers.

I saw these guys open up for the Hold Steady in Chicago a couple of weeks ago. I only knew a few of their songs beforehand but I was excited to see them live. They put on such a great set that I bought their record afterwards and even asked frontwoman Deanna Belos to sign it!

And now they’ve got a new song out ahead of them playing Riot Fest this weekend. I can’t wait to see them again.

Deanna Belos told Riot Fest, “This song is half about not letting the successes of others demotivate you, and half about recognizing that sometimes you need to help your friends and sometimes they need to help you.” When asked about the music video, Belos said she “wanted to beat the haters to calling us a garbage band.”

Sincere Engineer is playing Riot Fest on Sunday at 3:40 PM on the Rebel Stage.