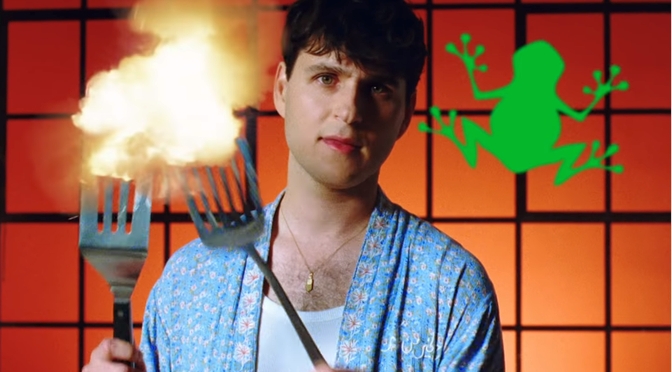 Directed By Emmett Malloy. From Father of the Bride, due later this year on Sony. Single out now.

You’ve probably already heard this song, right? Vampire Weekend’s major label debut has been on microwave rotation on all my preset satellite radio stations since it dropped about a month ago. In fact, it’s #1 on Billboard’s Adult Alternative Songs chart for the week dated March 2. It’s also #18 on regular old Alternative Songs (not Adult) and #12 on the Rock Airplay chart, receiving 4.9 million radio impressions. So I guess it’s a legit hit.

I’ve liked this band since the first time I heard “Oxford Comma” and I’ve been following them ever since. It’s hard to believe that was over eleven years ago, but as Ezra Koenig knows, we can’t let the low click of the ticking clock bother us too much. It’s been almost six years since Modern Vampires of the City, so there are high expectations for the follow up.

When Rostam Batmanglij quit the band in 2016 to go solo, I was worried about the effect his absence would have on their future. Batmanglij produced and arranged the previous albums and was a seemingly irreplaceable part of the Vampire Weekend sound. Turns out he came back for “Additional Production” on the new single. So that’s cool.

“Harmony Hall” works well as a re-introduction. It’s got those vaguely “African” sounding guitars, clever, collegiate lyrics (“the stone walls of Harmony Hall bear witness”), and the recycling of a punch line from a song from the previous album (“I don’t wanna live like this but I don’t wanna die” from “Finger Back”). Still sounds like Vampire Weekend.

The piano sounds like early 90s UK rave pop (if that’s a thing). I spent a semester in Scotland in 1991 and all the dance music at the student union had that same piano in it. I appreciate that Vampire Weekend keeps finding new ways to remind me of being in college.