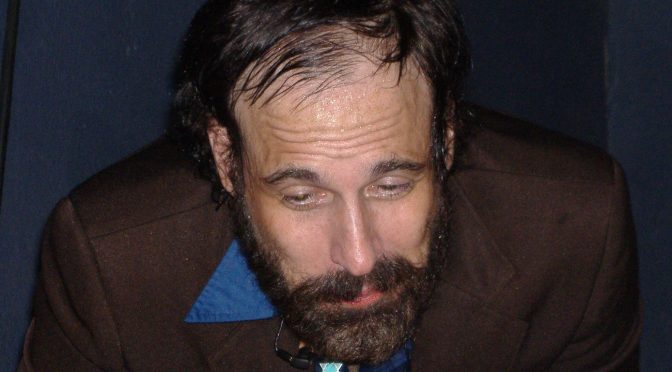 Around the same time, I began to think about David Berman. I’d like to believe that it was more than just a passing coincidence--after all, he’d been “retired” and out of the public eye for a decade and I’d heard no hint of his planned return. It was more about, “I wonder how he’s doing,” picturing him disheveled with too-big spectacles, lounging in a chair smoking and reading a book. I never met the man, but I projected enough to think that he resembled an old college roommate of mine, also a depressive sort. It’s amazing how we all seem to find each other with our sad fuck pheromones. 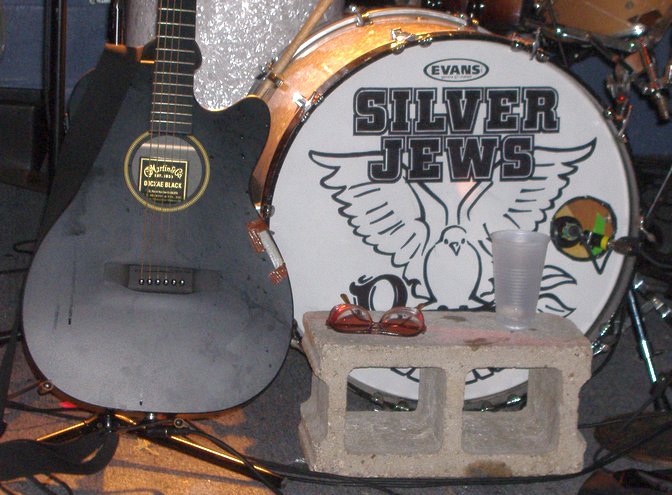 It’s now twelve hours since I learned of the passing of David Berman. They haven’t announced the cause of death, but I think I already know. In that regard, it comes as no surprise, but in others it’s completely shocking. The new Purple Mountains album seemed to be a testament of his own recovery, or at least a remarkable self-coping skill. Clearly, there was something tough in his life that prompted this creative return.

He was generous enough to let us know about these struggles, and gregarious enough to watch us struggle with their meaning. I’m thinking of the opening disclaimer in the video for “Darkness and Cold” where he attempts to throw us off by suggesting “The characters and events appearing in this work are fictitious. Any resemblance to actual persons, living or dead, is purely coincidental.” I remember laughing at the idea of it being a “cuckold song” when I first watched it, but now it comes across as some eerie super edit of The Sixth Sense where Berman plays Malcolm Crowe while Cassie is now unfortunately cast as Anna.

I’d like to believe I’m a logical enough man that I don’t pay attention to coincidence and synchronicity, but I do on occasion. The return of Berman in my mind against the return of Berman in Purple Mountains was one of those moments. I was convinced that there was a reason why this was happening now, and I naively believe that David was a talisman of sorts. The fact that he was also scheduled to play in Iowa City towards the end of summer also served as reinforcement to this ridiculous notion.

Yet, I strangely held off purchasing my ticket. At $25, it wasn’t a matter of economics. It wasn’t about the fact that it was a weeknight show, scheduled to run until after midnight; I’d already secured the following day off from work, so I wasn’t settling into my typical old-man routine of being too aged to navigate nightlife club hours. I was looking forward to the show, and I was looking forward to having an evening with myself, checking in with Berman again and to lend support to his brave endeavors. My procrastination was because I felt something amiss.

Things didn’t add up for me. This was a club date--not a ton of money involved--and it seemed too spontaneous in lieu of the dark motivations behind this new record to seem like a healthy reaction to it. I’m projecting here and not attempting to put blame or question why David Berman would go out on the road. I’m suggesting that it wouldn’t have been my first choice, given the circumstances, and for someone who was historically distant and not much of a touring artist, it seemed like the tour could easily get cancelled or postponed. It turned out to be worse than that.

I’d seen David before, thankfully, during the Silver Jews’ last tour before the band ultimately disbanded. What I remember most now are two things: One is how a friend I met at the show, left early because his wife was not a fan of the band and was clearly annoyed at having to be there. The other is watching the interaction between David and the fans that toughed it out for the entire set and remained at the club all the way until closing time. They encircled him as he made his way off the front of the stage, leaving the rest of the band to the task of the load out.

It was similar to a scene at the same club where I saw Rollins Band play in the late 80s. Henry was backed against the wall with some of the most fervent fans blocking his escape with bits of their own poetry that they felt obligated to share or with Black Flag records that they wanted him to sign. There was Hank: tight-lipped and looking straight ahead with the crowd of people clamoring for his attention. He looked dismal, breaking his stoic dead stare when I walked by behind the crowd to bark “Thanks for coming to Iowa, Henry” and for him to look at me and yell back, “Thanks for coming down, man.” That was all the contact I needed and I felt bad for leaving him to the more persistent fans.

The same thing was happening to David when I was leaving the Silver Jews’ show. The difference was how Berman seemed happy to be there, engulfed by the people. The fans were just as demanding, expressing their own personal connections, asking for hugs and tugging at his frumpled, sweaty brown jacket to gain his focus. And he was gracious to them all, giving each person eye-contact and his devoted attention, thanking them individually. He didn’t need my parting recognition, because there were plenty of others in front of me, providing it in a manner than he genuinely seemed to appreciate. This was a man not yet jaded by road work and by the demanding nature of some fans; Berman seemed surprised by the impact his words had made with people all across the country, crowning thy good with brotherhood in a shitty bar in Iowa on an early Thursday morning.

I wanted to spend another late weeknight with him this month. I’m less hurt by those prospects than I am at how his passing will affect others more immediately around him.

To be blunt, it’s the thing that keeps me alive: knowing my departure would create an unforgivable void with the ones who truly love me.

Ironically, that’s a topic that Berman explicitly considered on “Nights That Won’t Happen” from the Purple Mountains debut: “When the dying’s finally done and the suffering subsides / All the suffering gets done by the ones we leave behind.”

Do the dead really know what they’re doing? I wish David were alive today to give me the answer.

Photos by Todd Totale at the Picador in Iowa City, October 9, 2008.

3 thoughts on “The Suffering Subsides: On the Death of David Berman”