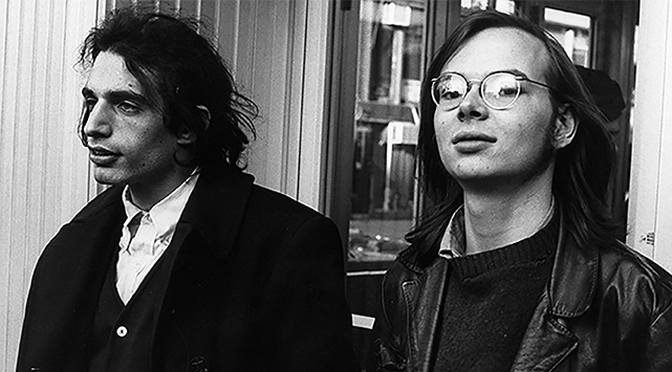 A friend who moved out of state keeps tabs on what’s going on in Michigan as those moving from one place to another are wont to do. Whenever I’m in a hotel and get a copy of USA Today outside the door I always look at the weather for Illinois, even though it has been a long time since I lived there and I’m not likely to go back, so the climate is irrelevant. But still. . .

She sent me an email letting me know that Steely Dan is scheduled to play at the Meadowbrook Amphitheater this summer, which is north of Detroit.

My response to her, which will come as no surprise to anyone who has been reading what I’ve been writing here for quite some time, was simply: “Steely Dan no longer exists.”

When Walter Becker died on September 3, 2017, the proverbial last nail in the coffin of the band was hammered in place: requiescat in pace.

Of course, as seems to be de rigueur for musicians who were once on top of the world and are now trying to desperately stay at least near the bottom, Donald Fagen is having none of that, so he sued Walter Becker’s estate, and the band, such as it is, continues on. If “Steely Dan” was Becker and Fagen, and there is no Becker, then how is that still the band? Certainly it can be labeled as the band—unless that lawsuit comes out against Fagen’s wishes—and let’s face it: nowadays truth and falsehood seem to be exchangeable.

Realize that as iTunes was launched on January 9, 2001, the Everything Must Go lack of notable sales probably wasn’t a consequence of downloads.

This isn’t some sort of argument that sales invariably equals good music because that is likely not to be the case at all. That would be analogous to saying that McDonald’s must be producing the tastiest burger on the planet because how else to account for what is now an innumerable number sold?

The point is simply that Fagen is not a dumb man and he realizes that Steely Dan has more currency among a wide swath of potential concert-goers than the “Donald Fagen Steely Dan Band” or “Donald Fagen” does. If the money in music today is predicated more on live performances and the merch that can be moved, then he needs to increase the odds that there will be bottoms in the seats, and given that the number of people who have historically been Steely Dan fans are starting to age out of going to concerts, he knows that simply going out as “Steely Dan” is going to do a damn sight better for him than, say, the “Dukes of September.”

Yes, Donald Fagen still exists. And musicians who have been part of the flux of the lineup of Steely Dan do, too. But Steely Dan doesn’t.

It struck me as amusing that the same week as I received the email from my friend there was an email from Groupon with the subject line: “$20 Concert Tix: The Who.”

The Who isn’t playing in Detroit, either. It can’t.