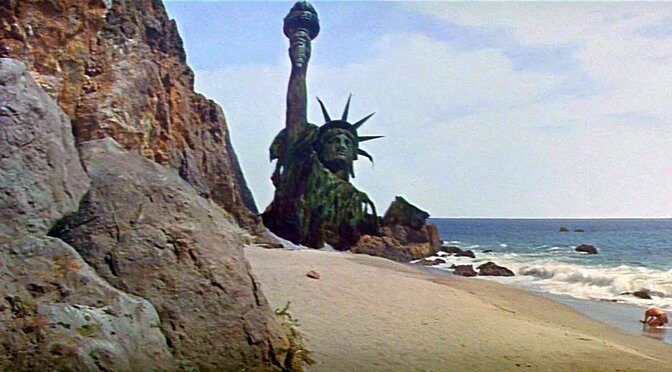 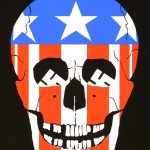 From The National Affairs Desk:

Well, this is it, folks. Election Day 2020 is upon us and while it’s certainly not the end of the Trump nightmare–we have at least until January 21 for him to blow up the whole shithouse–it is the beginning of the end…one way or another. The big question before us these next few days and weeks is what exactly is coming to an end?

Will voters take back control of their government and toss out a serial liar and fraud, or will we enter a period of accelerated disintegration? What does The End look like?

Before we get to the end, I’m not even sure when it started. Was it Bush v. Gore some 20 years ago when the United States Supreme Court stepped in to stop a recount that Al Gore was winning to hand the election to a dim-witted son of a President? Was it before that when right-wing radio rose up to scream in the faces of delivery guys and salesmen stuck in rush hour traffic and mourning the loss of the Shining City on a Hill first promised, then condemned with the election of a Clinton?

Or was it in an earlier, darker time when the whisper of a “silent majority” who valued law & order over justice was waiting in the wings standing back and standing by for the order to attack? And attack they did, with billy clubs, tear gas, mandatory minimums and a gerrymandering scheme to make LBJ blush.

Who knows? All elections are an inflection point and this year is no different, except it’s not governing philosophies that are at odds, but the entire concept of a free and fair election. Will this be the end of four years of rampant grift, fraud and cruelty or the end of American-style republican (small “R”) democracy? Will the whole experiment blow up in our faces as an abject failure? The next few weeks will tell us.

This year is another clear test of character, represented on either side by everything that’s at stake. In one corner we have a flawed, but capable and decent man who has adjusted his messaging (and more importantly, his policy) to recognize the changing times we’re in. Joe Biden has been in the game a long time, which means he not only knows how to win but he knows how to govern. He knows politics is about compromise–not giving up what you believe in, but listening to others and finding the space to move closer.

In the other corner we have Donald Trump. A compulsive liar and cheat who is considered a joke by everyone who actually knows him and his brand of “business.” The saddest part of this whole thing is that he’s duped a good 40% of this country into thinking he’s anything more than a clown with bad intent. He’s not even a good conman, yet here we are. We’ve been talked into a lemon, will we now double-down on the extended warranty?

We opened the National Affairs Desk in 2006 with a short piece on how straight shootin’ George W. Bush couldn’t hit the truth if it was the side of a barn. It seems quaint now, but the Valerie Plame story was heating up the charts back then. It was a real scandal (no, really) when the White House played fast and loose with classified information and the identity of covert officers whose husbands had the gall to submit intelligence that undermined the main argument for a war of choice.

“Ah, but that’s just how hardball is played!” you might say. But it’s not baseball we’re playing here, gang. It is a much more lethal game played by sharp-teethed reptiles like Mitch McConnell who will rip your fingers off like a snapping turtle. Yes, a Snapping Turtle.

One defining chapter was when Cocaine Mitch blocked the hearing for Merrick Garland, holding an open court seat for almost a year hoping his bet on the worst person in America winning the 2016 election would pay off. He hit the trifecta and handed the court to Donald Fucking Trump to shape for a generation. That turtle bites.

So, this is it. This is when we’ll find out if “America [is] just a nation of two hundred million used car salesmen with all the money we need to buy guns and no qualms about killing anybody else in the world who tries to make us uncomfortable.” Hunter S. Thompson thought so, but he was one for hyperbole employed with dramatic flare. The question remains: how uncomfortable are you, really? Are you the salesman or the mark? Today’s vote will tell the world once and for all.