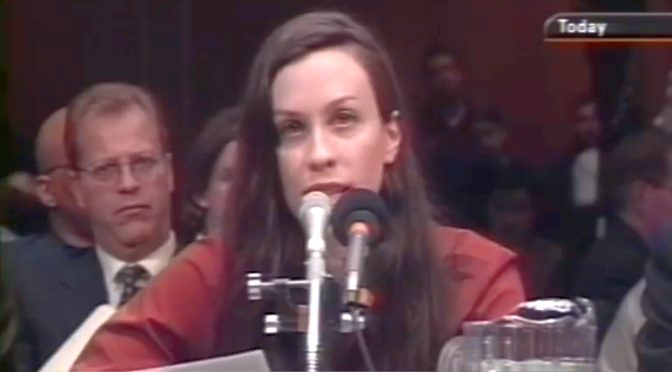 Might one not make the argument that it would have probably been more valuable had there been some of the obscure making their case rather than Henley. As Henley testified from one of his residences and was not in Washington, Tillis didn’t have the opportunity to pull out a camera, but you have to believe that the musical selection was made anticipating such an opportunity.

Henley argued against Section 512 of the Digital Millennium Copyright Act, saying that all too many sites—those backed by “Big Tech,” which Henley said he was a stalwart opponent of, even though one could point out that his career was facilitated in large part by “Big Music,” which explains why there are those millions whose music we’ve never heard—are putting up unauthorized material and it is all too difficult to get it taken down. . .and when it does, the same material shows up elsewhere. And those sites “never passed on a penny to the artist for use of their music.”

To be sure, this is a tough problem, quite possibly one that’s unsolvable unless it is somehow in the financial interest of large companies that the artists get paid. Napster in its original form was taken down as a result of a lawsuit brought by the Recording Industry Association of America. But that was 2001 (let’s forget about the subsequent variants of Napster) and since then the ability to access and share has exploded and would be far more difficult to target than a single company that was being run by a guy who, at the time, was “over the hill.”

I think Alanis Morissette may have gotten it right.