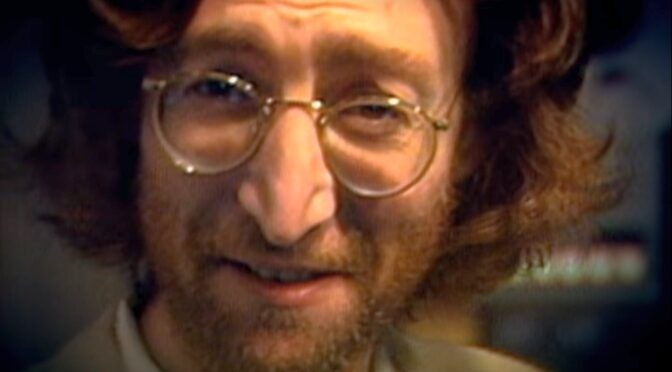 John Lennon was forty years old when he was gunned down outside his home in New York. That used to seem old. Old enough, anyway. A full life.

Not so much anymore.

I was nine years old. Unlike a lot of people my age I have no recollection of where I was when I heard that John Lennon was dead. My dad was in the hospital having surgery to try to remove malignant tumors in his belly. I recently found his paperwork and hadn’t realized these events had overlapped, but yeah. He was admitted on November 25 and discharged on December 17. My mom stayed at my dad’s bedside but I was home with an older cousin who got me off to school, fed me dinner, and tucked me in. I was in fourth grade. I have some hazy memories of visiting the hospital but not a lot. The red and green of the elevator up and down buttons have stuck with me more than anything else.

The weekend after Lennon was murdered, family friends took me skiing at Pando Park (where, incidentally, Jake Burton Carpenter won the first competitive snowboard race ever run in 1979). It was my first time and I spent the whole day going up and down the bunny hill. Pando had big speakers that were blaring a local radio station broadcasting non-stop Beatles songs. This was my immersion into the deeper cuts. By the end of the day I was still a lousy skier (still am!), but I had become a major Beatles fan. Still am.

That was forty years ago.

My dad died the next year on the day before Thanksgiving. He was thirty-eight.

There’s a lot about getting old that sucks, but it’s a privilege.