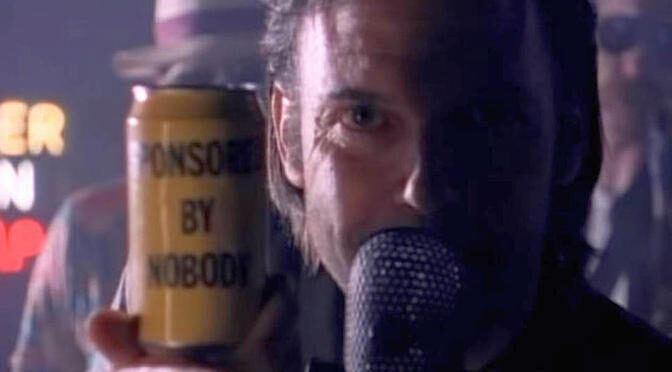 So a question is to what extent does a musician “own” her or his music, not necessarily in a legal sense--which is certainly more than a trivial consideration vis-à-vis the livelihood of people--but in that the music represents, one suspects, though can’t be certain of*, what that person’s beliefs are.

This thought occurred as a result of the law suit filed in the Southern District of New York by Neil Young against the Trump campaign for the campaign’s unauthorized use of “Rockin’ in the Free World” and “Devil’s Sidewalk.”

Other musicians who have objected—not all in court—against the use of their material by the Trump campaign over the years include Aerosmith, Guns N’ Roses, Pharrell Williams, Tom Petty (his estate) and The Rolling Stones.

Which brings me back to the original question. Why does an organization like Trump’s campaign think that those musicians in any way represent the thinking, beliefs or social mores of Donald Trump? Aren’t many of these people antithetical to that?

Would, say, the Biden campaign use—unauthorized or otherwise—music from Ted Nugent or Toby Keith?

Music is a fundamental part of our culture. As such it reflects, in many ways, our values.

While one could argue that music has long been co-opted for reasons political and, more substantially, commercial. For example, right now you can hear “Magic” by Pilot in a TV commercial for diabetes drug Ozembic and Fleetwood Mac’s “Go Your Own Way” in a spot for Anoro, which is a COPD medication.

And who can forget the soundtrack for a Royal Caribbean cruise line ad from a few years back: Iggy’s “Lust for Life”? A waterslide? An endless buffet? Umbrella drinks? Sandals, socks, Bermuda shorts and overstuffed swimsuits?

In those cases, of course, the songwriters are undoubtedly being compensated for their work, and it is hard to imagine a political case being made against ads for medications (unless, of course, one is anti “Big Pharma,” which Trump has declared himself to be, so one wonders what pop song his people will roll out for that position—the Velvet Underground’s “Heroin”: “And all the politicians making crazy sounds. . . “?).

One interesting aspect of the Neil Young situation is that it wasn’t until January of this year that he became an American citizen. “Rockin’ in the Free World” was released in 1989. “Devil’s Sidewalk” was released in 2003.

Which means that the Trump campaign has been not only music from a man who does not reflect or support the candidate’s ostensible positions, but from a man who was, at the time he released those songs, was a foreigner. And we know how Trump feels about them.

*This is problematic in some regards as let’s face it: many songs are written about fictional situations so it is impossible to say that anyone is making authentic statements in their songs, as it may simply be a reflection of what seems to be relevant in the market at the time of composition.

Video: Neil Young – “This Note’s For You”

Neil Young - This Note's For You (Official Music Video)

Directed by Julien Temple. From This Note’s For You (Reprise, 1988).