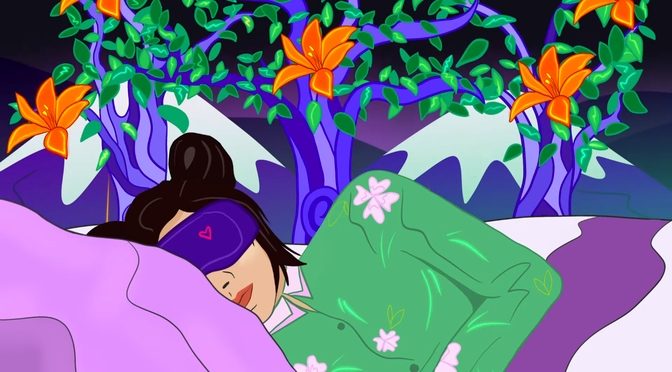 Animated by Delaney Royer. Single out now on Silver Knife.

Warning: This will get stuck in your head. “Deciphering Dreams” is a rifftastic new wave disco jam with melodic hooks galore and powered by Jason Isbell’s unrelenting guitar. The frantic drums, played by Chris Powell, remind me of Kevin Barnes’ work on “Holland, 1945” or Mike Joyce on “The Queen Is Dead.” It’s badass.

No word on when the album is coming out, but she’s calling her current tour “Atmosphereless” so that would be a pretty good guess for a title.

Shires co-founded country music supergroup the Highwomen last year with Brandi Carlile, Natalie Hemby, and Maren Morris, and while “Deciphering Dreams” contains pretty much the same instrumental personnel who played on The Highwomen, the sound couldn’t be more different. I guess that’s why those Nashville cats are such pros; they can play anything and make it sound great.