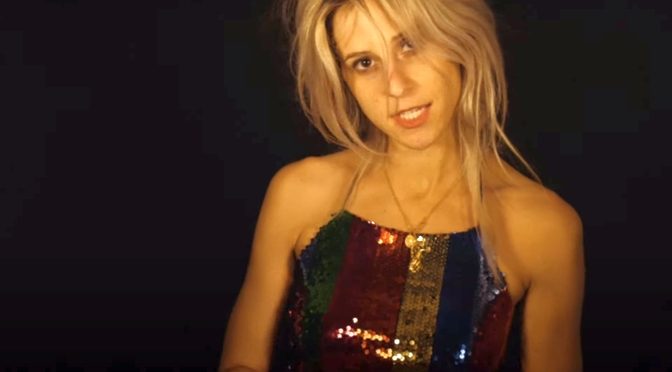 Video: Bully – “Where To Start”

Bully - Where To Start [OFFICIAL VIDEO]

Directed by Alan Del Rio Ortiz and Alicia Bognanno. From Sugaregg, due August 21 on Sub Pop.

Alicia Bognanno isn’t having any of your shit.

Running your face through ice cold water
Quick sugar rush, blood in the shower
I read your mind through the flash in your eyes
There’s nowhere to go, out of reasons to try

The song has an unexpected origin story.

“I was listening to ‘Tubthumping’ by Chumbawamba and picking apart the melodic structure and sort of trying to mimic that,” Alicia Bognanno told Rolling Stone. “I’m not even joking; it still makes me laugh to think about. But let’s be real, that is undeniably a solid song.”

Is it though? Really?

Bognanno says her song “addresses the frustration that comes along with love having the ability to fully control your mood and mental state for better or worse. It was therapeutic to funnel some lightheartedness into what can be an otherwise draining state of mind.”

One thing we can say for sure is that you are never gonna keep her down.