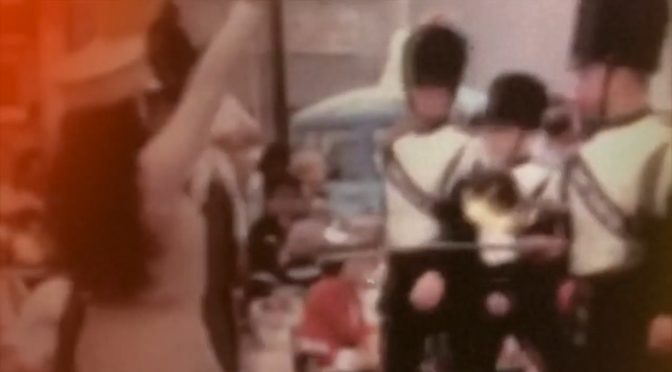 Hey hey it’s another video from GLONO co-founder Derek Phillips’ band Daystar! I’d recognize that handwriting anywhere. I’ve got pages of it in yearbooks and letters and stories in the archives.

When I was a teenager I was convinced that my group of friends was destined to be important and famous like the Beats or the Algonquin Round Table, which — combined with my hoarder genetics — required me to save everything anybody produced. So I have every letter, postcard, photo, flyer, cassette, 7-inch, poetry collection, etc., that any of my posse was involved in.

And while the teenage sense of self-importance is undeniably over-inflated, I am still consistently impressed by the creative work of my pals. Adulthood, as it tends to do, quashed the dreams of fortune and celebrity, and now we all have standard day jobs that pay the bills, but most of these folks still do cool stuff on the side.

“Fade Away, Love” is a pretty acoustic ballad played on Phillips’ 1966 Epiphone Texan. If the tone reminds you of the Beatles, that’s not a coincidence. “It’s the same make and model McCartney used on ‘Yesterday’ and ‘Blackbird’ and still records with today,” he recently told Rock & Roll Globe. “His is a ’64.”

DP and Daystar lead guitarist Joel Roth talk a lot about gear and influences in that interview so check it out. They totally nerd out.