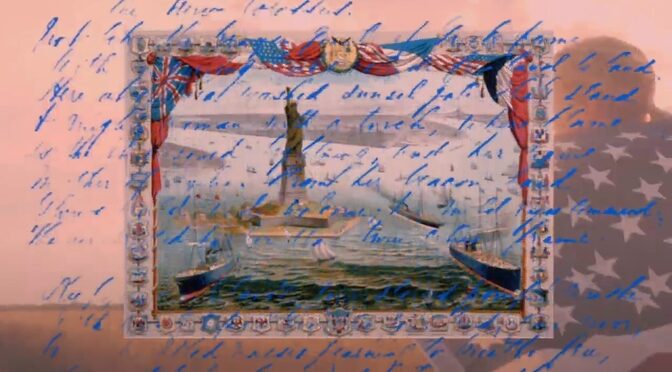 THE DIVIDED STATES OF AMERICA by Jim White.

From Misfit’s Jubilee, out October 30 on Fluff and Gravy.

Way back in 2001 in the early days of this web site we used to host a streaming “radio station” where the handful of people who had enough bandwidth to do so could listen to a couple hours worth of handpicked songs by the GLONO posse. We used a precocious site called Live365 that might have been a little ahead of its time. We abandoned it once they started charging you to use it, but it was (sort of) fun for a while.

The reason I mention it is because one of the songs we featured, selected by Johnny Loftus, was “Handcuffed to a Fence in Mississippi” by Jim White, which blew us all away back then and still does.

Maybe not. White says, “I’m typically not the political type but these times we’re riding out here, they’re anything but typical. At this moment in our collective history it makes sense that voices normally content to remain silent should be lifted in outrage, howling, exhorting our minds and hearts to focus on a singular goal—higher ground for all, not just the rich folks.”

It’s hard to be hopeful in 2020. We’re all doing what we can, but the cards are clearly stacked against us. Can you even imagine a time when we’re not as divided as we are right now?