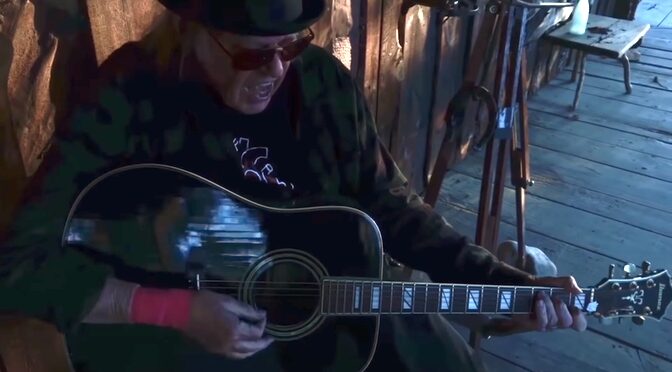 From The Times EP, due September 18 on Reprise.

A new version of a song originally released during the George W. Bush administration, Neil updates the lyrics for today.

Good old Neil. We know he recently sued the Trump campaign for using his music at his rallies and now he’s calling him out in song.

We’ve given Neil crap over the years for dashing out lyrics without putting much craftsmanship into the effort but sometimes the directness works. This is one of those times.

Yes it is. Make sure you’re registered. And make sure you cast your ballot. And if you don’t trust the USPS, you can drop off your ballot in person. Find out where. Your place probably has a secure dropbox where you don’t even need to get within six feet of anybody. Do it!