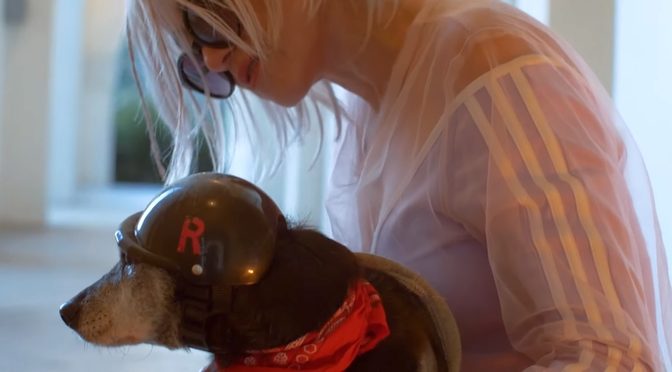 Directed by American Primitive. From Q36.

What are you going to do after an alien invasion wipes out the entire population, leaving only you and a new pal? Wander around, drive some cars, take a boat ride.

The video is beautifully shot by American Primitive’s Jacob Mendel and Travis Keller. Keller, who you will remember as the founder of Buddyhead, said, “The themes are isolation and the end of the world… should be pretty relatable to everyone this week.”

But, you and I, we didn’t die; we’re still alive
Just waiting for the world to end (is this the end?)

That’s the question we’ve all been asking lately.

This latest version of the Rentals features Matt Sharp along with Nick Zinner from the Yeah Yeah Yeahs, and Ronnie Vannucci, the drummer from the Killers. They’ve been trickling out singles and videos every couple of weeks since November, and the double album is due in June.