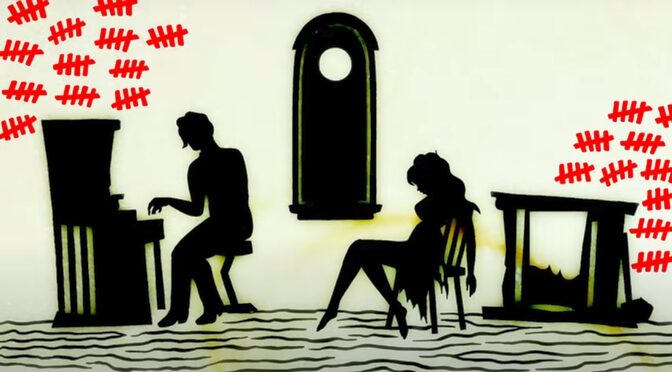 From The White Stripes Greatest Hits, out December 4 on Third Man.

Hey look it’s a new animated video for “Apple Blossom” to promote the upcoming White Stripes Greatest Hits collection. And why not?

Originally released twenty years ago on De Stijl, “Apple Blossom” is a fan favorite that was performed on all the White Stripes tours following its release. When the band made its television debut on Detroit’s “Backstage Pass” in 2000, they played “Apple Blossom” and not the album’s single, “Hello Operator.” Jack has even dusted it off for some of his solo shows.

I’m not the intended audience for a White Stripes hits comp, but I’m all for them reissuing stuff to appeal to a new generation of fans. I remember being 18 and getting some silly new Velvet Underground collection that totally opened the doors for my impending fanaticism.

So I’m never going to criticize a kid for starting with a “best of” or slam a label for issuing one.

And The White Stripes Greatest Hits track list looks pretty cool. At least it contains a somewhat rare b-side (“Jolene”)… Although in the streaming era can something that is already available for streaming be consider rare? Probably not. So while this collection could just as easily be built as a playlist, I’m sure a bunch of folks will pick it up on vinyl and have a great listening experience with it. Plus, I’m sure Third Man will include some trappings in the physical release that will make it fun to own. And if that drives some people to dig deeper into the catalog? Better for everybody.