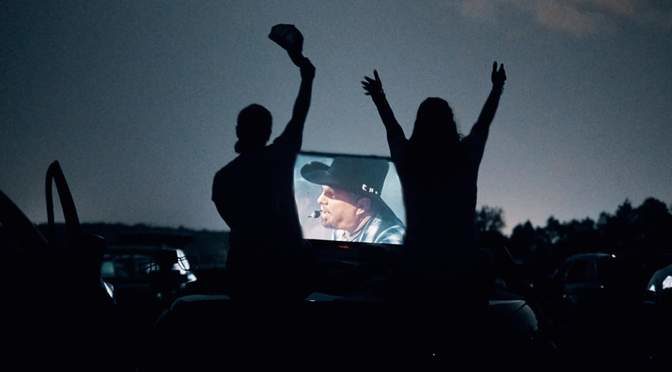 If there is one thing that is well known it is that Americans like to eat. They may not always eat the best of foods (predicated on the proliferation fast-food restaurants), but be that as it may, they go out to do it. Yes, there is an explosion in delivery service demand, but there is the reopening—and reclosing—of restaurants across the country.

The researchers at Morning Consult asked a statistically valid group of Americans about when they’d feel comfortable doing certain things.

And when it comes to “Going out to eat,” the number of Americans is robust.

But when it comes to concerts, things are not as robust. A full 46% said it would be more than six months. Eleven percent said within the next six months. Twenty-four percent had no opinion. The remainder is split between next and the next two to three months. Doing the math, that says 55% are looking at early next year and if we add the uncertain 24%, that means that there is only 21% who are saying they’ll go soon.

So this means about a fifth of those surveyed are ready to go. That should be contrasted with the 38% of the hungry who are going to be served within the next three months.

(In case you’re wondering, going to the movies is slightly less challenged, with 52% saying six or more months before buying a seat and a bucket of popcorn.)

Perhaps what some music promoters ought to do is to bring back dinner theater.

Admittedly a cringeworthy idea, but they’re going to need more than 21% to make their nut. So maybe they need to forget the whole concerts at drive-ins and setup concerts at restaurants.

In both economics and philosophy there is an interest in the notion of altruism, doing something selflessly for someone else.

As it is described in the Stanford Encyclopedia of Philosophy: “Behavior is normally described as altruistic when it is motivated by a desire to benefit someone other than oneself for that person’s sake. The term is used as the contrary of ‘self-interested’ or ‘selfish’ or ‘egoistic’—words applied to behavior that is motivated solely by the desire to benefit oneself.”

It goes on to say that there is a question of whether that is ever really the case that one behaves in such a manner: “According to a doctrine called ‘psychological egoism’, all human action is ultimately motivated by self-interest. The psychological egoist can agree with the idea, endorsed by common sense, that we often seek to benefit others besides ourselves; but he says that when we do so, that is because we regard helping others as a mere means to our own good.”

In other words, if you have $5 in your pocket and are on the way to Starbucks to buy a beverage but then see someone who is evidently needy and panhandling, by giving that person your $5 are you being selfless and altruistic—forgoing that delicious drink—or is the act of giving that person the money even more satisfying to you than the beverage, therefore providing a benefit to yourself?

Which brings me to Garth Brooks.

Brooks has asked that his name be taken out of consideration for the Country Music Association’s “Entertainer of the Year” award.

In 2019 he won the award, which made it three times in four years.

In total, he has won the award seven times.

Brooks said in a press conference, “There was one tweet in there that really stuck in my head. It said ‘Why doesn’t this guy step down and have the entertainer for the next generation.’ I one hundred percent agreed.”

And so he has asked the CMA to remove him from the voting.

I don’t know much about Brooks. From what I have seen he seems to be a decent guy, the sort of person who realizes that his seeming galactic success is sufficient and so removing himself from a popularity contest is the right thing to do. (Blake Shelton, who knows a lot about Brooks, has suggested that Brooks isn’t a mere “Entertainer of the Year” but of the “Century.” Maybe the CMA needs to engrave a new statuette.)

But because, well, during this Time of Plague there is lots of time to think, I began wondering whether Brooks is practicing altruism or psychological egoism. Is he asking that his name be pulled because he really wants someone else to get a shot. . . or is it because he knows that by asking that he not be considered the amount of good will he engenders makes him all the more appealing due to the apparent fundamental decency of the guy? Or could it be that he anticipates that he won’t ever get number eight* and so by removing himself from the competition he gets the good feelings from those who give him a shout-out for his selfless move without having to have the let down associated with not getting the trophy?

I suspect that Brooks—whose wife is Trisha Yearwood, who has three Grammys and three CMA awards, among others—is doing the decent thing, the altruistic thing, the sort of thing that all-too-few people in the public eye would do.

And I’d argue this case further, except I’m hungry and want to go out to eat.

*There must be something about number seven. For example, NASCAR driver Jimmie Johnson has won the NASCAR Cup Series seven times. This puts him in a tie with Richard Petty and Dale Earnhardt senior, neither of whom is racing (Petty is 83 and Earnhardt is deceased.) While Brooks’ winning three trophies in four years may be impressive, the fact that Johnson won the NASCAR Championship five years running—from 2006 to 2010—is more so, as second place, Cale Yarborough, won three in a row, and Yarborough is long retired from the series. Johnson is still racing. It doesn’t seem likely that he’ll ever get to eight. And now you know more about a slice of Americana that has absolutely nothing to do with than you probably ever imagined you would here on GloNo.