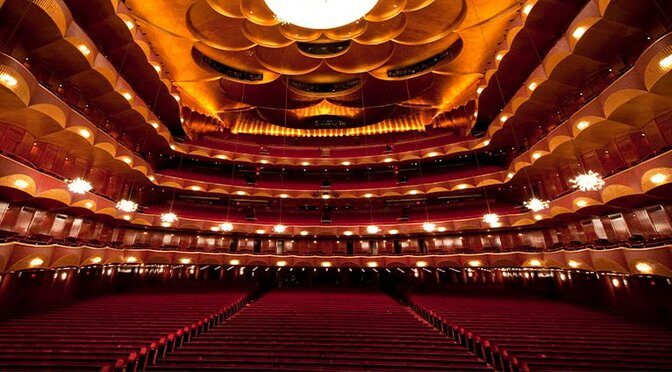 “Since 2016 we’ve had the privilege of booking and promoting over 3500 shows across Austin, Dallas, San Antonio, and Houston,” it says on the homepage of Margin Walker Presents. The company claims to be the “largest independent promotion company in Texas.” Or at least it was.

“Even with strategic changes in the business, painful staff cuts, and taking loans and grants, sadly, we at Margin Walker Presents have not been immune, and it breaks our hearts to announce that this wild ride has come to an end, and we are closing the business. . . .”

Another victim of COVID-19.

And one can only presume that there were all of the musicians that the company had booked over the past few years who are now facing huge difficulties. No gigs to play. Or no gigs that pay. Pay enough to pay the rent and get groceries. Musicians who had once had side hustles are now having to put those undertakings front and center—assuming that that is still a possibility.

Anyone who has spent any time in Austin knows that the music scene there—even with the ever-encroaching gentrification caused by the corporations that want to take advantage of the “Weirdness” of Austin, not realizing that their very presence works to normalize it—is robust. Venues from Austin City Limits to small bars in residential neighbors with backyard patios with stages provide a wide array of music.
Although now that could be in the past tense.

Although the focus here is on rock and roll, the same day that I read about the closing of Margin Walker Presents there was a striking story in the New York Times. It was about professional musicians, organized musicians. As the story by Julia Jacobs opens, “When the coronavirus outbreak brought performances across the United States to a screeching halt, many of the nation’s leading orchestras, dance companies and opera houses temporarily cut the pay of their workers, and some stopped paying them at all.”

These are brand names, like the New York Philharmonic and the Boston Symphony Orchestra, the Metropolitan Opera and the Kennedy Center.

Not all of the people that are being impacted are musicians. There are stage hands, as well.
Jacobs’ story notes that the New York Philharmonic is cutting the base pay of musicians by 25% through mid-2023, with a rise afterward, but still leaving the people making less in 2024, when the contract expires, than they are now.

At the Boston Symphony a three-year contract has been signed that includes a pay reduction of an average 37% the first year, then increasing subsequently “but only recovering fully if the orchestra meets at leas one of the three financial benchmarks.”

And the odds of that?

But there are the vaccines. There is hope that they will have a significant effect on people’s willingness to go out and resume life that looks something like it did before March.

While there seems to be growing optimism that things will get better in 2021, according to a story in Pollstar, things are not all sweetness and light. For example: “Erik Selz of the newly formed Arrival Artists told Pollstar he feels package tours will be an important part of 2021, saying: ‘I think the live business will bounce back with strength, but I think we have to be respectful of the damage to the economy. You can’t expect people to go 31 shows a month. I really feel like creating robust packages, especially in the first 6-12 months when we go back to business, is going to be key. … To be clear, that will require financial sacrifice on the part of artists who have been off the road for 18 months. And that’s going to be a tough pill to swallow but – for the health of the business – instead of beating the shit out of each other with 10 awesome shows a night in Chicago, if there could be some creative packaging, I think that will in the long run benefit everyone.’”

That “will require financial sacrifice on the part of artists who have been off the road” is the shard of glass in the eggnog tureen.

One of sources of information that I’ve found telling regarding people’s anticipated behavior is Morning Consult.

So what does its latest data—this December 10-12, and know that the Pfizer/BioNTech vaccine was approved by the FDA for emergency use on December 11—say about willingness of people to attend concerts?

It doesn’t look all that different than it has for the past several months.

That is, 12% are ready to go to concerts within the next month. Another 11% say the next two to three months and 10% say in the next six months. That is a total of 33% who might go within six months.

Then there is the 39% of the respondents who said it would be more than six months and another 28% who either don’t know or don’t have an opinion. In other words, I think, that 28% isn’t exactly hankering to get back into the arenas.

If we just look at the first three categories, the six months or less groupings, concert going is less robust than going to the movies, as that combined sum is 40%.

And maybe this has something to do with the holidays, but a combined 52% are planning on visits to a shopping mall. Of that number, 25% said it would be in the next month. Compare that to the concert-going’s 12% and somehow the outlook for concerts in the near term looks anemic at most.

The point is, things have irrevocably changed in music and performance over all. While there is COVID fatigue and some people who are willing to simply pretend that there isn’t a pandemic and behave accordingly, what is the likelihood that you, 12 months from now, after you and many have been vaccinated, will go into a crowded venue and spend two or three hours there, surrounded by people who are yelling, whistling, dancing?

The sad thing is that for people associated with organizations like Margin Walker Presents or the various symphonies and orchestras—the employees and the musicians repped—time so far hasn’t been kind.