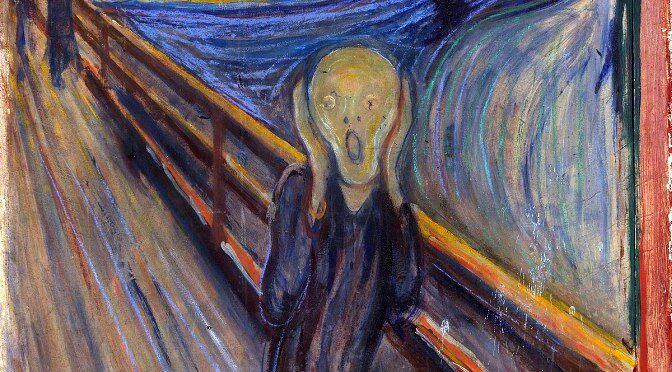 Edvard Munch, a Norwegian artist, painted The Scream in 1893. Fast forward 128 years and there could be the sound of a wail heard from the fjords: Jack Dorsey purchased “a significant portion” of streaming service Tidal from Shawn Carter for $297-million. One assumes that when you’re dealing with that kind of money “Jay-Z” isn’t on the paperwork. Carter bought what was to become Tidal from its Norwegian founders for $56 million in 2015. Lock, stock and smoking barrel for $56 million; a “portion” for $241-million more.

As you may recall, the plan that Jay-Z had when establishing Tidal was to get a group of musicians—including Madonna, Kanye, Daft Punk, Jack White, Beyoncé—and give them a piece of the action (~3%) in order for them to create Tidal-specific music. That way there would be a solid reason for fans to go to that outlet rather than other venues.

In terms of the subscriber base, however, Spotify is doing exceedingly well and Tidal, music catalog notwithstanding, is not sweeping away the competition for dollars and ears. Spotify, Apple Music and Amazon Music account for about 70% of the market, leaving the rest to others—and the rest isn’t just Tidal.

Dorsey, the man behind Twitter, is also the co-founder of Square, the financial services company that offers clever point-of-services devices (portable, pedestal-based) through which people buy things, as well as the backend software to make the transactions complete. Swipe. Tap. Voila!

There seems to be somewhat of a questioning about what Dorsey’s big investment means, but it probably just means that Dorsey is interested in making an investment in something that will make him more money. It is possible that the tax-preparation community was similarly puzzled last Fall when Square bought Credit Karma Tax. But probably not.

One of the theories being floated is that the Square connection will allow Tidal to begin generating non-fungible tokens (NFTs) so that artists will be able to get to “own” bits of digital reality, which is a quizzical term in and of itself.

During this time when the economy is still in what is generously called a tenuous position (although the February U.S. jobs report was positive, according to Cecilia Rouse, chair of the Council of Economic Advisers, writing on the official White House website, which ought to make us all feel better that truth seems to be something this Administration isn’t afraid of, “the economy remains down 9.5 million jobs from February 2020 and will require more than two years of job growth at February’s pace just to get back to pre-pandemic levels” and she describes the current situation as “greater than the worst point of job loss at the depths of the Great Recession”) it does seem as though the amount of time that people are spending on the creation of NFTs (which is paralleled by those in the financial industry and SPACs) makes me wonder about who is going to benefit from this.

Let’s say you buy an NFT clip of something from your favorite artist. Yes, it is special. A one-off. A snippet of something audio, visual or both. Do you own it to treasure it as something special, or is the point to flip it? And while the artist conceivably makes some money from your purchase—and goodness knows that that is something that a touring-free year has made it all the more important for musicians—how unique is it, given that they could arguably keep producing variants?

But maybe what Dorsey sees is the ability to help create storefronts for musicians. You listen to whomever and then are offered the ability to buy T-shirts, posters and other swag for that artist. Square makes the payments rather seamless. (It also gets a 2.6% processing fee +10 cents per transaction.)

Still, when looking at the millions of dollars that are being spent by companies and individuals it makes it all the more evident that this is an industry not entirely unlike coal, corn or cars.

Admittedly I am being naïve about this, but in many ways it is sad.

“There’s nothing surer
The rich get rich and the poor get laid off
In the meantime
In between time
Ain’t we got fun.”

This one I want to end on a more pleasant note.

A couple years back I wrote about the kerfuffle—legal and otherwise—between Lindsey Buckingham and the members of the band he’d been a part of before being summarily dismissed, Fleetwood Mac.

In an interview in Rolling Stone (no, I didn’t go for that tote bag), Mick Fleetwood is rather robust in his positivity vis-à-vis Buckingham and the band.

As in: “I know for a fact that I intend to make music and play again with Lindsey. I would love that. It doesn’t have to be in Fleetwood Mac. And Fleetwood Mac is such a strange story. All the players in the play are able to talk and speak for themselves. Somehow, I would love the elements that are not healed to be healed. I love the fantasy that we could cross that bridge and everyone could leave with creative, holistic energy, and everyone could be healed with grace and dignity.”

Throughout the interview there is an evident understanding of the mortality of the musicians. Part of that has to do simply with the clock ticking. There was the death of Peter Green. And perhaps COVID plays a role in a more acute awareness: As Samuel Johnson put it to Boswell: “Depend upon it, sir, when a man knows he is to be hanged in a fortnight, it concentrates his mind wonderfully.”

OK. Maybe it isn’t all that pleasant. But whether you like the band or not, it is nice to contemplate the notion of old mates getting together while they can.

And that is a good thing that we should all look forward to doing with our own mates.