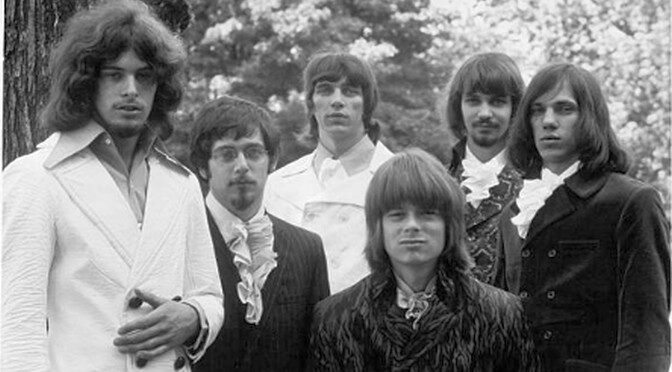 According to a story in Detroit’s Metro Times (originally published by its sister city paper, Creative Loafing Bay), Mr. Cat Scratch Fever recently performed at a grocery store in Naples, Florida, that encourages “mask-free shopping.” It is bad enough to think about being reduced to performing in a grocery store, but it seems that it is owned by some of his friends, so anything to promote the COVID-denying lifestyle seems reasonable for Ted.

Then a week after his performance, Nugent tested positive for COVID-19.

According to the NME, Nugent said on his podcast , “I didn’t think I was going to make it. I literally couldn’t function for about 20 hours. . . . I’ve never been so scared in all my life.”

He had contracted, in his typically tone-deaf telling, the “Chinese virus.”

Nugent explained to his listeners what bad shape he was in. Literally knocked on his ass by something that he could have conceivably avoided had he and others been wearing a mask. For someone whose outfits include all manner of cloths, it is hard to conceive that he would have trouble with wearing one did he not perceive it as being somehow associated with denying his right to what?--rock?

Just imagine how happy the Nuge fans must have been who attended his grocery-store performance and heard the words of their idol.

Spotify CEO Daniel Ek during his Q1 earnings call (earnings were pretty good because he is vying to buy the legendary Arsenal football club, which has one of the best origin stories on its site: “In late 1886, a gaggle of workers from the Woolwich Arsenal Armament Factory decided to form a football team. They called themselves Dial Square as a reference to the sundial atop the entrance to the factory.”) last week talked about, in part, Car Thing, a subject that we looked into.

Seems like this device, which has the singular purpose of providing the means by which someone can, well, listen to Spotify in one’s car, may be quite the thing for the streaming company as he said:

“Car Thing is our attempt of speeding up that progress into a future where you will have just as great experience as you have on your mobile, in your car.

“And you can now use that as your sort of in-car entertainment system instead of this antiquated radio systems that most people have in the car. And early results is just very, very encouraging. It seems like we’ve really struck a chord with what consumers want. And so we’re seeing a lot of excitement, but it’s, of course, very, very early. And I think based on how people will use the product, et cetera, we will certainly think a lot more about what the appropriate go-to-market strategy will be and how we can most effectively roll it out.”

As someone who spends far too much time in far too many new cars, trucks and crossovers, which allows me to use a wide array of in-vehicle audio systems (most of which seem to be sourced from Samsung-owned Harman/Kardon, which owns AKG, Infinity, JBL, Lexicon, Mark Levinson, and Revel), it seems that the “antiquated radio systems that most people have in the car” he refers to indicates that he doesn’t spend a whole lot of time in cars. Those systems are undoubtedly far more advanced from an audio POV than the Car Thing—and let’s face it: the Car Thing depends on the installed audio so that people can actually hear what compressed files it is obtaining. So if the system is antiquated, then there is a problem regardless of the source.

While perhaps the model of typical FM broadcasting (one assumes that is what he is rereferring to as AM is by and large turned over to ranting people of a Nugent variety) may be an old-timey approach, I think that the audio fidelity that is being realized is a greater experience than one can have on their mobile.

Even “Journey to the Center of the Mind” sounds good through most new-vehicle audio systems.

The Amboy Dukes - Journey to the center of the mind