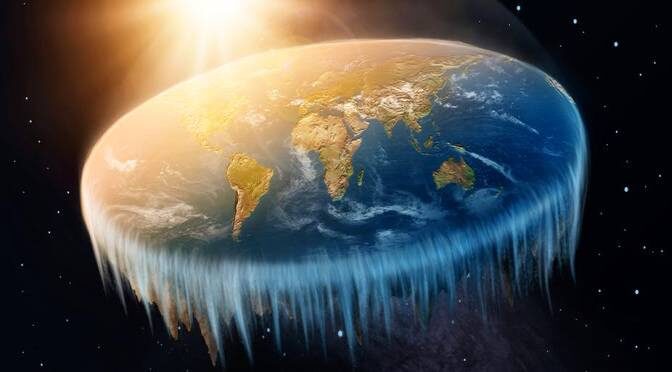 1. The Earth is round. Two plus two equals four. Joe Biden and Kamala Harris won the 2020 election for President and Vice President of the United States. The election was not stolen, rigged, or fixed. These are facts. They are demonstrable and irrefutable.

5. Without any true villain, Defendants invented one. Defendants decided to make Smartmatic the villain in their story. . . .

6. Those facts would not do for Defendants. So, the Defendants invented new ones. . . .

Not only is this simplicity potentially devastating for the defendants (perhaps not uncoincidentally, Lou Dobbs’ show was canceled by Fox the day after the suit was filed, which tells you something), but the opening is a good description of law suits of all types. Subtract the specifics of the claim, the individuals involved, and note how there are simple things that are known and that people have a tendency to make things up to their advantage. Sometimes the creation of the fiction is predicated simply on the people involved not knowing better. Sometimes it is to try to gain an advantage. (Which is the case in this case: weaving a conspiracy that includes the election equipment and software company in a nefarious undertaking to prevent their Dear Leader from holding on to his position was undoubtedly thought to be good for ratings, and ratings mean money, and Smartmatic’s is a $2.7-billion defamation lawsuit that will undoubtedly make Rudy sweat more than he did outside the Four Seasons Lawn & Landscaping building.)

While it isn’t nearly to the degree of the Smartmatic lawsuit, the CEO of Evermore Park in Pleasant Grove, Utah, has filed a lawsuit against Taylor Swift because she released an album named “Evermore.”

According to Techdirt, the park owner’s suit:

states that the company has poured millions into the branding of Evermore Park, including the purchase of domain names, advertising, etc. $37 million dollars, to be precise. Point of note: Bretschneider [CEO of the facility] himself indicates that the park has had 140k guests since its genesis in 2018. That’s roughly $265 in just branding costs per guest…ever. None of that takes into account operational costs for the park, HR, legal, etc. Unless the park charges attendees hundreds of dollars per entry, it’s tough to see how this math makes any sense, but I digress.

Another point Bretschneider makes is that the park had two original songs written that are for sale on Apple Music under the “Evermore” trademark. You can imagine literally millions of Swifties being absolutely confused by this situation.

The Techdirt story quotes from Swift’s lawyers’ response, which points out something that is almost “The Earth is round” in its simplicity. Apparently the Evermore Park filing includes a point that website traffic for Evermore Park dropped during the week of December 6-12.

Which bring up a few considerations. For one, according to the National Oceanic and Atmospheric Administration, the average temperatures in Pleasant Grove, Utah, are a high of 40 and a low of 22, which is not exactly the type of temperature range that makes for a happy theme park outing.

Then there is the issue of COVID (on November 8, for example, the Utah government declared a state of emergency due to COVID—although being a business-friendly kind of guy, then-governor Herbert didn’t close any businesses, just insisted on masks and social distancing).

And the absolute kicker about the problem between December 6-12 and Evermore Park web traffic: The name of Swift’s album wasn’t announced until December 10.

Ah, but Swift is a villain. She also happens to be rich.

Here’s something to think about: In 2014 Led Zeppelin was sued by a journalist representing the Rand Craige Wolfe Trust (this will get us too deep in the weeds to explain who’s who), with the claim being made that “Stairway to Heaven” was a complete rip-off of Spirit’s “Taurus.” In 2016 Zep won. But then there was an appeal in 2018, and a new trial. Zep won the case again, which was then appealed again to the U.S. Supreme Court, which in October 2020 declined to hear the case, which ended the song saga.

Presumably, all of this cost Zeppelin a bit of dosh.

Track 3 on “Led Zeppelin IV” is “The Battle of Evermore,” written by Jimmy Page and Robert Plant.

One wonders whether there is a court filing in their future. . . .