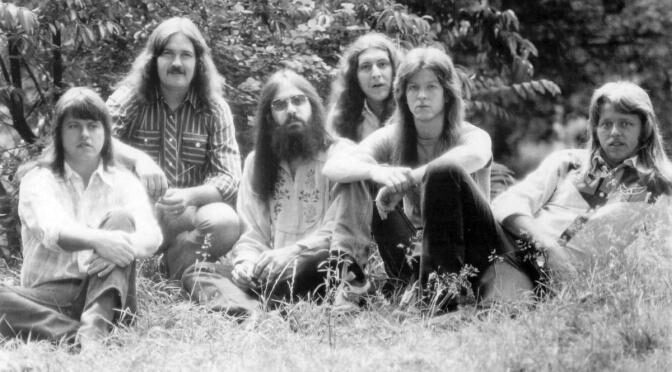 The headline read “Marshall Tucker Band Announces 50th Anniversary Tour” and although I have a depth of knowledge of that band that is approximately that of a sheet of paper, I read on, where I found, “‘Our special songs, guided by the lyrics of Toy Caldwell, have given us a deep emotional connection with our fans and friends,’” said founding MTB member Doug Gray. “‘We love you all and can’t wait to see you on the road in 2022.’”

Which made me wonder about that reference “founding MTB member.”

The band, which was organized in 1972 in Spartanburg, South Carolina, currently has one original member: Doug Gray, lead vocalist.

The aforementioned Toy Caldwell was lead guitarist, steel guitarist and vocalist. He also wrote all of the songs that appear on the band’s first, self-titled album, which was released in 1973. It includes “Can’t You See,” which arguably is one of the band’s biggest hits, or at least is one of the more recognizable tracks.

Caldwell’s younger brother Tommy had also been an original member of MTB.

Toy left the band and released an album in 1992, “The Toy Caldwell Band.” In 1993 he was found dead in his home, from cardiac arrest.

Brother Tommy had died in 1980 in a car accident.

One other original MTB member, George McCorkle, who played rhythm guitar, left the band in 1984 and died of cancer in 2007.

There are two other founding members: Jerry Eubanks (keyboards, flute), who left the band in 1996; Paul Riddle (drums) who left in 1983.

It seems that through the years there have been approximately 30 members of MTB.

On the MTB’s site Gray, age 73, is quoted as saying, “You know, I think it was Toy Caldwell’s dad who said, ‘There’s more to gray hair than old bones,’ and we still have a lot of stories yet to tell.” Which leads me to think that the Caldwell family certainly had a profound influence on Gray, and consequently, the band. . . .

. . . which leads me to consider whether the MTB that is going to be celebrating its 50th anniversary is really MTB. Think of it this way: two people get married in 1972. They are divorced. They each marry other people. Spouses come and go over the years. In 2022 there is one remaining. Does that person celebrate a Golden Anniversary with whomever?

But as I looked into the meaning of the word “band” I discovered a definition of the noun that seems to encompass the situation not just of the MTB but of a multitude of aged-but-still-getting-ready-to-celebrate-an-anniversary-musical-performers: “a nomadic tribe, moving together and subsisting on hunting and gathering.”

Is this not what many of these groups have come to? Clearly there is a tribe of musicians who hit it big—for a moment—some decades back for whom touring is the only means by which they can supplement their Social Security checks, and one has to wonder whether during their glory days they were actually making the required Social Security deductions such that now they aren’t getting the Primary Insurance Amount, or the minimum amount.

The brand has become the band in many cases.

In terms of “hits,” 1972 was not a particularly good year for music.

The top 10 of the Billboard Hot 100 singles chart for the year consists of:

To be fair, there was some notable music that did make the list. “Heart of Gold,” which I think underlines the fact that popular doesn’t equate to good,” got Neil to number 17. “Slippin’ into Darkness” by War was at 23. “Bang a Gong (Get it On),” perhaps the only T. Rex hit (with a wonderful lyric, “You’re dirty, sweet and you’re my girl”) at 56. “Layla” by Derek and the Dominoes hit 60, and what is interesting about that is that the album version clocks in at 7:04 and the single at 2:47, which leads one to wonder whether there is approximately four minutes of extraneous music (I think not, but someone did some serious editing). And what is arguably one of the all-time best anthems that could get the blood of high school seniors everywhere boiling, “School’s Out” by Alice Cooper (75).

So 1972 was not a complete wash musically by any means.

It, too, was written by Toy Caldwell.