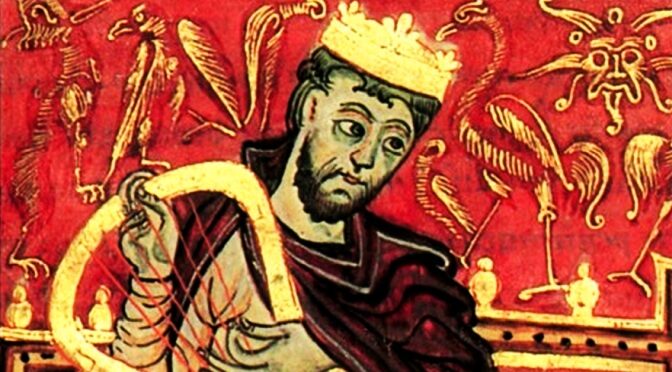 When I first told Henry Melrose that I was writing for a site named “Glorious Noise,” he looked at me with the proverbial—and in his case, actual—raised eyebrow.

“I didn’t take you as being ostensibly religious,” he said.

And he quickly rattled off:

“Thus all Israel brought up the ark of the covenant of the LORD with shouting, and with sound of the cornet, and with trumpets, and with cymbals, making a noise with psalteries and harps.” – Chronicles-1 15:28

Sing unto him a new song; play skillfully with a loud noise.” – Psalms 33:3

“Glorious,” he remarked. “From the old French, glorie, as in ‘splendor of God or Christ, praise offered to God.’”

Evidently sitting in that Audi A5 all day on stakeouts gives him a lot of time for reading.

“Hey, listen to this,” he said, and increased the volume of the 755-W Bang & Olufsen sound system. “’A Beautiful Noise,’” he yelled over the pianos. “Alicia Keys and Brandi Carlile. It is nominated for the 2022 Grammy Song of the Year.”

I started thinking about the Grammys.

I remember years ago, when albums were simply the major medium for music and not something that required a long thought about the investment, albums that received Grammys had reprinted sleeves, with a gold foil badge printed on the cover, generally in the upper right quadrant, which Melrose pointed out to me was the section of the Eisenhower Matrix that was Important but Not Urgent. (Remember: he had spent years managing peoples’ money, so he was aware of things like that.) Obviously the record companies wanted people to think that it was Important and Urgent that they buy the records. That was simply the whole point of Grammys.

On the list of the 2022 Grammy nominees, there are 86 categories. From “Record of the Year” to “Best Music Film” (one assumes there is a bit of punctuation missing after the word Music).

Given all of that, shouldn’t all of the rock categories fall with that category? And the folk genre certainly isn’t historically American, so what’s it doing there?

Of the 11 nominations that Jon Batiste received, two are in the “American Roots Music Category,” for “Cry” in both the “Performance” and “Song” category, with the latter being for songwriting, which he shared with Steve McEwan.

Batiste’s 11 is the greatest number of nominations. He’s followed by Justin Bieber, Doja Cat, and H.E.R, all of whom have eight.

If you’ve ever gone to a Marvel movie (back when there were things like that released exclusively in movie theaters) and stuck around to see the post-credits scene(s), you can’t help but realize that movies that gross in the high nine figures have one hell of a lot of people involved in their production.

If you’ve ever read the official Grammy list of nominees you can see that when it comes to “Album of the Year” there is more than one Marvel-length list of contributors.

The list for Kanye West’s “Donda,” also up for “Album,” is longer.

You could drive those teams to the studio in a minivan.

Batiste (“We Are”), Doja Cat (“Planet Her (Deluxe)”), H.E.R. (“Back of My Mind”), Little Nas X (“Montero”), Taylor Swift (“Evermore”), and the aforementioned Bieber and West all created jobs programs with their recordings (although to be fair, Batiste and Swift had comparatively small employment programs).

Melrose’s comment about the GloNo religious reference led me to look at the Grammy “Gospel/Contemporary Christian Music” category, which led me to confirm that I am familiar with none of it. I was as surprised to see that Harry Connick, Jr., is nominated for “Best Roots Gospel Album” for his “Alone With My Faith” as I was to see that Jackson Browne is nominated for “Best Americana Album” for “Downhill From Everywhere”: the former I associate with New Orleans which, Mardi Gras notwithstanding (i.e., Fat Tuesday is the blow-out celebration before Ash Wednesday, so there is a religious association), doesn’t strike me as a highly religious place (I’d bet more people go grab a beverage and beignet at Café du Monde than a prayer at the St. Louis Cathedral); and as for Browne, according to Americanamusic.org, “Americana is contemporary music that incorporates elements of various American roots music styles, including country, roots-rock, folk, bluegrass, R&B and blues, resulting in a distinctive roots-oriented sound that lives in a world apart from the pure forms of the genres upon which it may draw,” and while Browne may check some of the boxes, I wonder whether he actually lives in that world.

One more thing: Country musicians still have the best song titles, by far. Consider these nominees:

• “All I Do Is Drive” by Jason Isbell

• “You Should Probably Leave” by Chris Stapleton

Winners all, in my estimation.

And, finally, the second thing that stands out in the lists. While there is an extensive number of performers, many of whom I have never heard of and am likely never to hear (e.g., Jazzmeia Horn And Her Noble Force—although I think I have to learn more about her), how many of them are going to benefit should they actually win an award? With the comparative absence of physical media, the physical trophy—which only appears to be gold and is actually produced with “grammium,” a proprietary zinc alloy—may be as good as it gets.