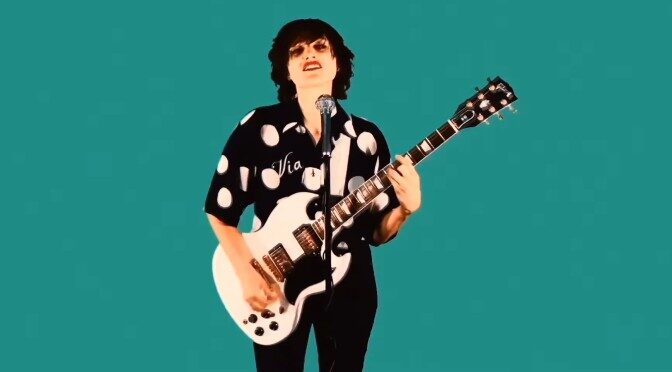 Directed by Mark Shue. From Queen Of My World, out now on Don Giovanni.

When bands these days reference “80s music” why do they always go for the terrible Don Henley/Bruce Hornsby sound? F that. Even in the mainstream there were way better sounds than that shit. Like Joan Jett. And Quiet Riot. And Prince. And the Go-Gos. They made “80s music” that actually sounded good!

Which is why if I’m feeling like an 80s throwback I’m going to play the new Bat Fangs instead of the new War on Drugs. Those synths and drums tones sounded awful forty years ago and they still do. Whereas the crunch of a Gibson SG and a well-placed pick-slide never go out of style.

Directed by Bob Sweeney. From Queen Of My World, out now on Don Giovanni.

From Queen Of My World, out now on Don Giovanni.