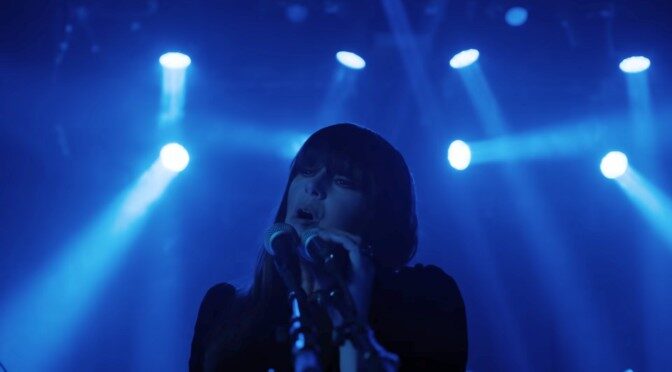 From Covers, out 14 on Domino.

Nobody covers a song like Chan Marshall. And she knows it. Covers will be the third Cat Power collection of cover songs after The Covers Record (2000) and Jukebox (2008). Having two albums in your discography named The Covers Record and Covers may suggest a lack of creativity or imagination, but the originality of the performances and the eclecticism of the song selections more than make up for it.

This time around she’s taking on a tune by an Oscar-nominated actor’s side project band. “Pa Pa Power” was originally written by Ryan Gosling and his pal Zach Shields and recorded with a children’s choir. As laughable as this concept sounds in theory, it received good reviews and is actually pretty cool sounding. Way better than Johnny Depp’s band.

Marshall says: “I started playing this solo in 2012 (originally more dissonant and trance-y), when the Occupy Wall street protests were going on. Occupy was bunkering down and saying, ‘This shit’s fucking fucked up.’ And helping citizens be a voice in their local government. They got a lot of good things done, but the American media killed the movement. I felt like this song was relative to that. The American media has always penalized any sort of social progressiveness and is always the first to express conservative rhetoric against something that is beneficial to the nation. I’d open with this song on the 2013 China tour. ‘Burn the streets, burn the cars.’”

On This Day: December 3