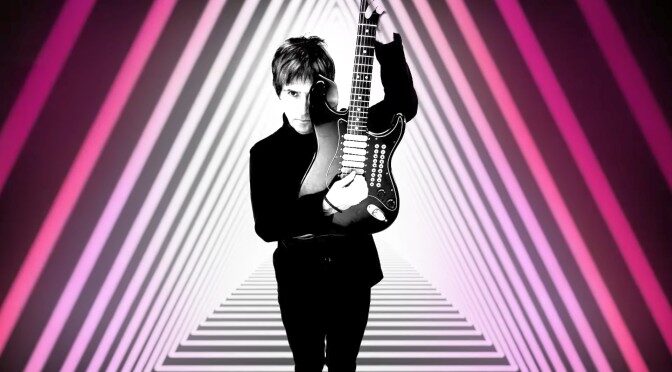 Johnny Marr is still as cool as ever, but man, these are some dopey lyrics.

When we all turn to gold
When make believe is in your eyes
That’s when I realise
The dawn has come.

That is some Bernard Sumner-level nonsense right there.

Marr’s solo material has the tendency to veer toward generic 90s britpop and this is no exception. Sure, it’s fine. The guitars sound great and glammy, and the groove is dancey enough, I guess. But overall, it suggests that Johnny Marr is a better songwriting foil to a creative partner.

Then again, he’s Johnny fuckin Marr — he doesn’t need me or anybody else telling him what to do. I’m glad he’s still out there, running marathons, eating vegan food, showing off his incredible collection of guitars, never saying racist garbage, and generally being a decent human being.

One thought on “New Johnny Marr: Spirit Power and Soul”