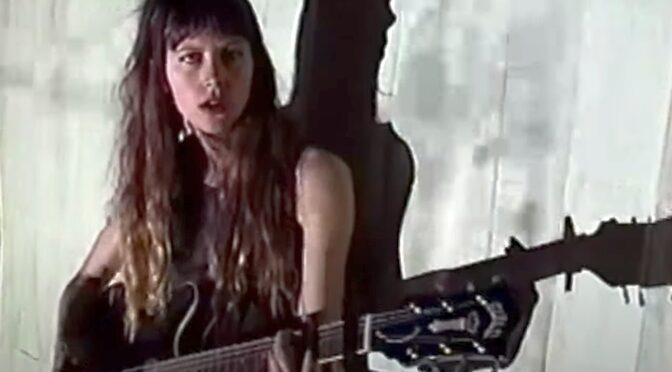 Directed by Lael Neale. From Acquainted with Night, out February 19 on Sub Pop.

The first thing you hear is the tape hiss. Then a couple tentative guitar strums. By the time the vocal comes in you’re ready to hear what she has to say. “Gather your words, gaze at the field of snow…” Wow.

Lael Neale created her new Sub Pop album on a cassette recorder in her bedroom, limiting herself to four tracks and first takes, and it sounds perfect.

Neale says, “I wrote this song pre-Omnichord [the instrument she acquired in 2019 and recorded the rest of the album on] and it is the only recording I play guitar on. I wrote it around New Year’s Eve and it felt like a resolution.”

Video: Lael Neale – “For No One For Now”

Lael Neale - For No One For Now [OFFICIAL VIDEO]

Directed by Lael Neale. From Acquainted with Night, out February 19 on Sub Pop.